Jim Corbett National Park is the oldest national park in India and was established in 1936 as Hailey National Park to protect the endangered Bengal tiger. It is located in Nainital district of Uttarakhand and was named after Jim Corbett who played a key role in its establishment. Ramnagar is the gateway and headquarter of the Corbett National Park. The park has sub-Himalayan belt geographical and ecological characteristics. The park is one of the popular ecotourism destinations and contains variety of flora and fauna. Tourism activity is only allowed in selected areas of Corbett Tiger Reserve to see its splendid landscape and the diverse wildlife. Corbett National Park comprises 521 square kilometer area of hills, river belts, marshy depressions, grasslands and a large lake. The elevation ranges from 400 m to 1,220 m. The dense forest mainly consists of sal, haldu, peepal, rohini and mango trees. Forest covers almost 73% of the park, 10% of the area consists of grasslands.

We were in Delhi and wanted cash on this opportunity to explore a place that was at a driving distance of not more than 5 – 6 hours. We finalized Jim Corbett for our tour even though knowing that most of the zones are closed for tourist during this part of the year. All plans were finalized and at the wee hours of the penultimate day there was addition to our group. We felt really excited with a larger family group for our tour. We started our journey as per our schedule time at 6 a.m. and did the hotel reservations for others. With reservation in same resort the day really started on a positive note. We cruised on the highway for most part of our journey with a halt at Mc Donald on the way. We covered the 250 KM journey in approximately 6 hours with a rough stretch of 50 KM between Moradabad – Kashipur and reached our resort at 12 p.m. The resort was built within the tranquil environment of sub Himalayan belt with Kosi River flowing on the backside. We followed the below route for journey:

After a long drive we needed a small break and retired for some time in our rooms. We wander in the vicinity of resort thereby enjoying every moment in the tranquil environment of the place. We went to the backside of resort near the riverside and were astonished by the sight of clear turquoise blue water flowing through the hills. Afterwards we enjoyed a game of hand ball in the swimming pool and spent good time there. The sun was making a way for the dusk to follow and we followed the sun. The twilight has unfolded a new musical night and it was amazing. We enjoyed the evening by playing game of cards and thereafter went for a sleep.

A beautiful morning greeted us next day and we got ready for our day’s excursion. As we went for breakfast, nothing was planned for the day but on our way back to resort we casually enquired about Safari and fixed the deal. After coming thus far how can we miss a safari? Our guide for the safari came on time to pick us up. A ride through the jungle on an open jeep and clear day was ideal for jungle safari. We boarded the jeep and headed towards the Mailini Range of the forest with excitement and uncertainty. We crossed the Ramnagar Kosi reservoir and entered the forest area.

After a drive of fifteen minutes we reached grassland which is the best place to spot wild animals. We took a halt at the grassland to try our luck but nothing appeared in front of us. But yes we spotted fresh footmarks of wild elephants and herd of deer. We waited for some time and eventually decided to move ahead with our tour and started passing through deep and dense woods of the Corbett. Our first wild encounter was with herd of wild boar crossing the road. Before we could capture them through our lenses they literally disappeared in the woods. In pursuit of sighting wild animals we continuously looked towards the bushes and water streams. Nonetheless we enjoyed our ride in purest environment and vastness of the woods. Finally we reached a hilltop which was the final point of safari. We ate freshly cooked snacks along with tea in a village stall amidst a picturesque backdrop. The dense forests, grassland, numerous species of trees, shrubs, herbs, river, and mountains were so enormous that we look in-existent in front of them.  After an adventurous tour of five hours we came back to our resort.

Some useful information about Safari:

Jim Corbett National Park has total five zones for the tourists to enter and roam around. These are the selected areas where tourists can be part of the wildlife safaris and watch wildlife with bare eyes at proximity. To enjoy the wildlife safaris in Jim Corbett Zones, one need to take permit and must take a naturalist guide provided by the park authority. It’s always advisable to do a prior booking. Best time for safari is from Mid November to Mid June.

Dhikala Zone – This is very popular among tourists for its abundant beauty and the enchanting views it offers. This is the only zone where tourists are allowed to stay inside the national park. Tourists can’t enter Dhikala zone during the day and night stay is compulsory. Dhikala is best zone to sight wild animals and tiger.

Jhirna Zone – This is open for tourists throughout the year and offers thrilling experience in the wildlife Safari. Situated 16 KM from Ramnagar, Jihrna zone is popular for the sight of wild bear which appear from nowhere right in front of the tourist vehicle.  Prior permission is required to enter Jhirna zone and morning safari can be booked 6 days prior.

Bijrani Zone – This zone is good for a day visit and offers sight of rich flora and fauna of Corbett National Park. Situated just 1 KM from Ramnagar, prior permission is required to enter this zone. This zone can be accessed through jeep and elephant safari. This zone is opened from November to June.

Durga Devi Zone – This zone is on the bank of Ramganga river and is situated 28 KM from Ramnagar. This zone can be accessed through elephant safari due to its hilly terrain, river and streams. Permission is required to renter the zone. Durga devi zone remains open from mid October to June.

North Zone (Sonanadi) – This is the only zone in Jim Corbett where tourists can walk on foot but richly housed by non-venomous snakes of different kinds. Offering diversified flora and fauna this zone is the bird-watchers paradise. 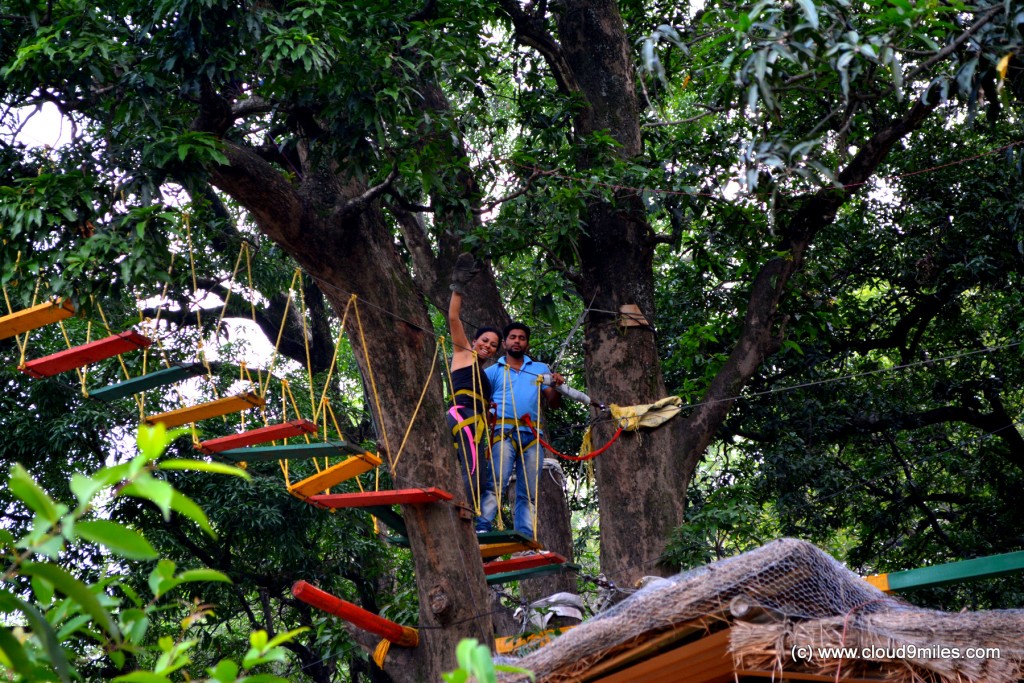 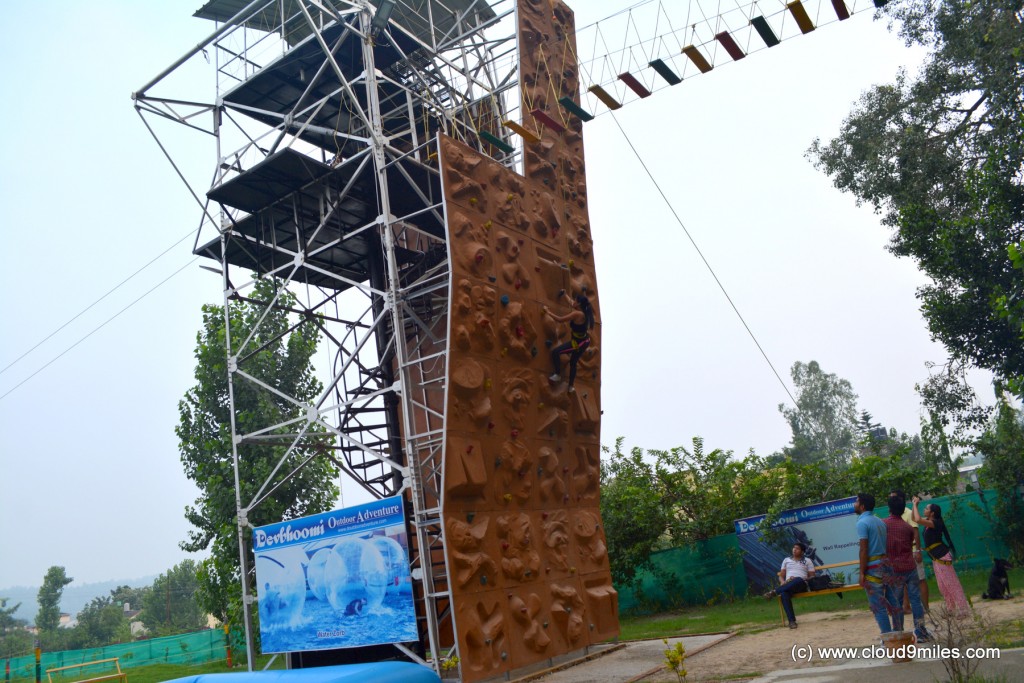 We were tired and exhausted after an all out adventurous day. It was just a matter of time for us to sleep after having a delicious dinner.Next day morning we woke up with the soothing sound of rain but by the time we were ready to check out it has stopped paving a way for us to complete our tour. After a heavy breakfast we headed towards Garjiya Devi Temple that was just a ten minutes from our resort.

Garjiya Devi Temple is a noted Devi temple located in the Garjiya village on the Kosi River near Ramnagar. It is a sacred Shakti shrine where Garjiya Devi is the presiding deity and is one of the most famous temples of the Nainital district.

Although it was just a ten minutes drive but it was quite evident that how nature can change its complexion in overnight. There were water stream flowing over the road and the colour of river has changed to muddy. The temple is situated over a large rock in the middle of the Kosi riverbed and the connecting bridge to temple over Kosi River was a treat to watch. The whole atmosphere was divine and the positive energy was omnipresent there. The place was surrounded by mountains and the echo of mantra was soulful. We climbed the steep stairs towards temple and took the blessings of Garjiya Devi. Many people were taking a holy dip in the Kosi River situated near the temple.  After coming down we went to the other side of river to spend some time in the water. We collected some pebbles and displayed some of our skills like floating stones on water, shooting a target thereby re-visiting the golden days of childhood. This reminds us that given a chance we would love to get the child out of us. It’s time to start our return journey towards home to again start fighting for survival.

We enjoyed every bit of our stay in Jim Corbett and were rejuvenated with the natural energy of the surroundings. We will remember the safari through the dense forest of Sal, watching nature from proximity and the mesmerizing landscape, panoramic view of valley, Kosi River, the divine Garjiya Devi Temple, and the Ramganga reservoir. To enjoy such a tranquil environment we need to respect and protect forest and wild life. It’s not only us but for our generations to come.

Best time to Visit: November to June. Winter nights are cold but the days are bright and sunny. It rains from July to September.

Corbett National Park is situated in Ramanagar in the district of Nainital, Uttarakhand.

By Air: Nearest airport is Dehradun

By Rail: The town of Ramnagar is the headquarters of Corbett Tiger Reserve. There are overnight trains available from Delhi to Ramnagar. Also, there are trains from Varanasi via Lucknow and Allahabad via Kanpur to Ramnagar.

Corbett tiger reserve has five Tourism Zones. Of these the Dhikala Tourism Zone of Jim Corbett National Park has been the most preferred for many visitors. Access to this tourism zone of Corbett National Park is restricted to visitors holding permit for stay in one of the Tourism Complexes in the Zone. For the convenience of tourists and streamlining tourism management, Corbett national Park has been divided into five mutually exclusive tourism zones. Each zone has its separate gate for entry. 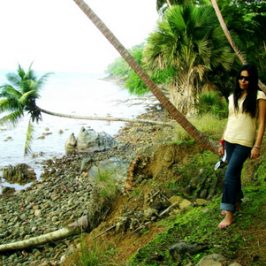 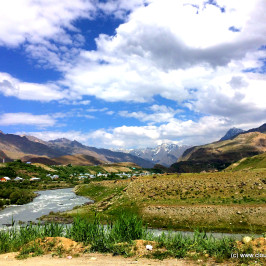 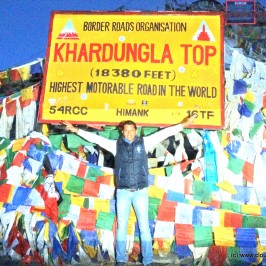 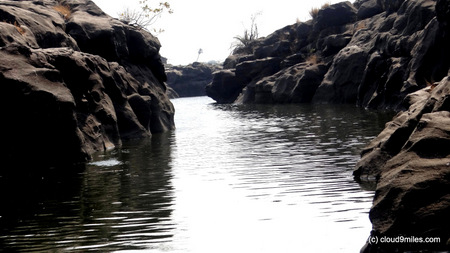