Neemrana Fort Palace – A tryst with history and luxury!!!

My visit to Neemrana Fort Palace happened all of a sudden that too with my favourite gang of girls in Delhi. On my every tour to Delhi, I always make it a point to meet my friends as it happens occasionally due to the geographical distance between us since I am settled in Mumbai. This time we decided to make it memorable by spending more time together and I also wanted to cover up for previous shorter stints since I was in Delhi for a longer period. We wanted to reduce distance & driving time, pamper ourselves with comfort, and spend quality time together. Initially we were thinking of Agra and visit forts with Taj Mahal but one of us did not agree and suggested “Neemrana Fort Palace” instead. Finally after so many if’s and but’s we mutually agreed for Neemrana Fort Palace and booked two rooms for four of us.

Since it was a weekday, my friend started from her place early in the morning to cover the rush of Delhi traffic even though the check-in time was 2 p.m. My friend started from Laxmi Nagar and picked me up from Dwarka. But even after starting early we were caught in traffic but weren’t bothered about it as we had sufficient buffer in our hand. Finally, we picked our last friend from IFFCO Chowk in Gurgaon, refuelled our car and started the journey. After a stressful traffic in Delhi the drive after Gurgaon felt better and smooth. From Gurgaon we took NH8 and via Delhi – Jaipur Expressway to Dharuhera and continued on the same route till we reached Neemrana. The drive was approx 90 KM from Gurgaon and we reached an hour before time. The final stretch before reaching Neemrana has a very narrow and congested road with little upward drive till fort though the hotel is easy to reach with ample road signs. One must take note of the parking space as there is no parking inside fort premises and the outside parking has limited space, but since it was weekday and probably not fully packed so we got the space. We parked our car and moved towards the fort and were enthralled by the big giant fort gate made of wood and iron with the gatekeeper standing and dressed in authentic Rajasthani attire. We completed the check-in formalities at the reception and were escorted to our rooms. We started our experience of serenity, class and hospitality at its best.

The rooms were old styled, with lots of jharokhas, doors, and old heighted giant beds. The rooms had no television but I really felt that a palace doesn’t need such distractions in order to feel the beauty of it. They have tried their best to renovate the rooms to make it more comfortable for staying and did not overdo things as it may lose the authenticity of being vintage old. The rooms were comfortable, though the fort may tire out people who has trouble in climbing stairs and steep walking but that’s how fort were built. Since one of my friends was annoyed by climbing up and down whenever we left our room but I had no complains about that because that’s how the fort looked incredible to me. It felt like a beautiful maze where you see secret doors here and there, sometimes secret rooms, stairs going up somewhere and somewhere dark down. My mind was blown away with the architecture and beauty of the fort. The fort overall is very beautiful and well maintained.

They offer complimentary breakfast and evening tea, for lunch and dinner there is buffet system on fixed timings which made me little uncomfortable but since you have no other option, you have to make your way to have food on time, right? Since, we reached hotel at lunch time so kept our luggage in the room and directly headed for lunch. They had both vegetarian and non-vegetarian food along with continental and Thai options. Food was quite satisfactory. After lunch we took some rest and left to enquire about available activities to indulge into and decided for camel cart ride while one of our friends chose to try out the spa rather than coming with us. Our camel cart ride turned out to be an adventurous one as at the start of our ride it started raining and the cart owner first tried to convince us to cancel our ride but later on agreed to continue after seeing us excited about rain. We were all wet but enjoyed every bit of the ride and reached 18th century step well or Baoli. We were spellbound by the enormity of the well. The ruins of the well had its own story to tell about what that structure has witnessed from centuries. There we met a local who was so kind to us that he told us the whole story about the well and why and how it was made, how it worked back in those times and how amazingly advanced the architectures were during those times even with lesser resources. He also told us the whole history about fort as well as hotel, how and who bought the property and whose idea was behind to turn it into an operational palace hotel and not just being a museum. This information can nowhere be found on internet. We went deep down to the bottom of the well to watch closely. We came back to the hotel took some rest and did online booking with flying fox our zipping tour next day morning.

We did lots of chit-chat, gossip and fun and left our room for dinner and as we stepped out of our room we were all amazed to see the fort at night, the way it was lit up was fabulous. We had our dinner and spent some time sitting poolside till late night as we wanted to enjoy as much as possible and feel the ethnicity of living in the fort. The next morning two of us got up early and it was a beautiful one with the great view of surroundings, we explored some part of the fort by our own and found numerous beautiful spots, so we did yoga and shot endless pictures. The early morning view of the city from fort was just amazing and it was so enticing that I couldn’t get my eyes off it. After a lot of exploration we directly headed for the breakfast and later on we got ready as per the instruction from the zipping crew and headed to their office. He took us for the five round zipping and it was an amazing experience which I will share separately.

Almost everything to make your stay more memorable is provided for in the complex – two swimming pools, a gym, ziplining, a tour of the fort, its rich culture and history makes for a perfect weekend – not too tiring. Among other things to do are camel ride, visting the nearby 18th century step well and a vintage car ride provided by the hotel. Last but not the least a luxurious stay with a rich history in itself is an experience that will captivate your soul. The staff makes sure to do everything to make you feel comfortable and welcome which is certainly worth the price you pay for your stay. Definitely a big recommendation! 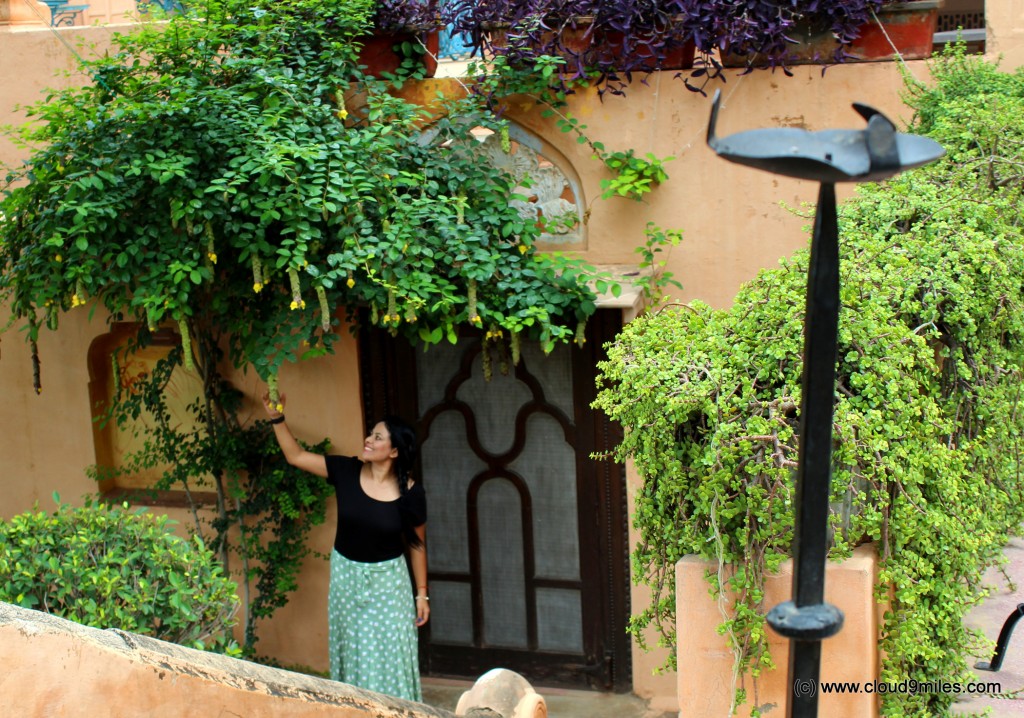 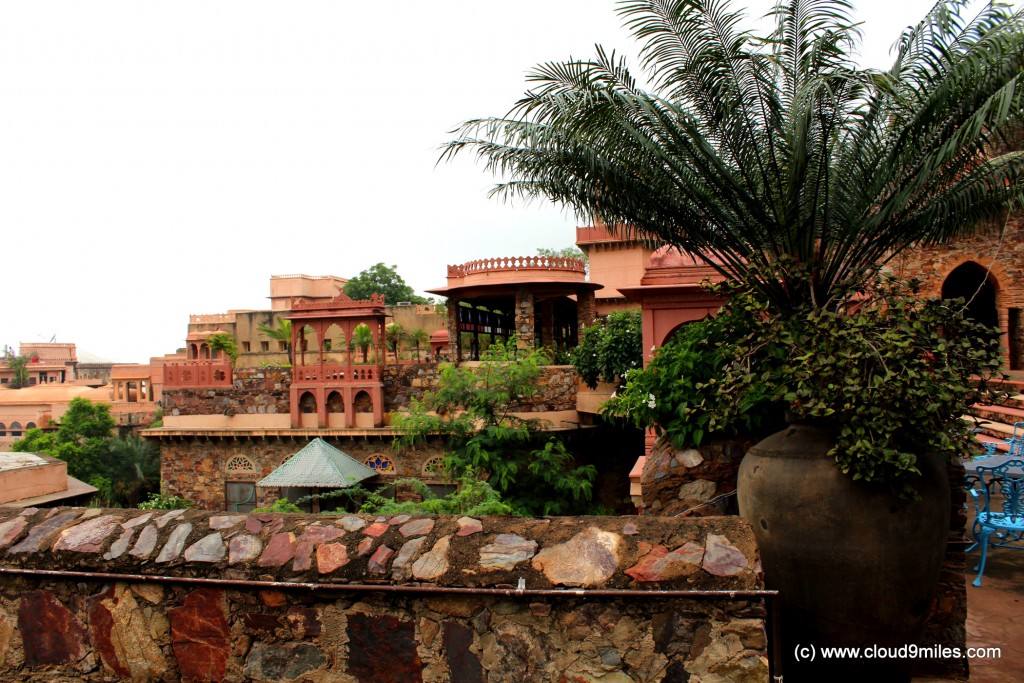 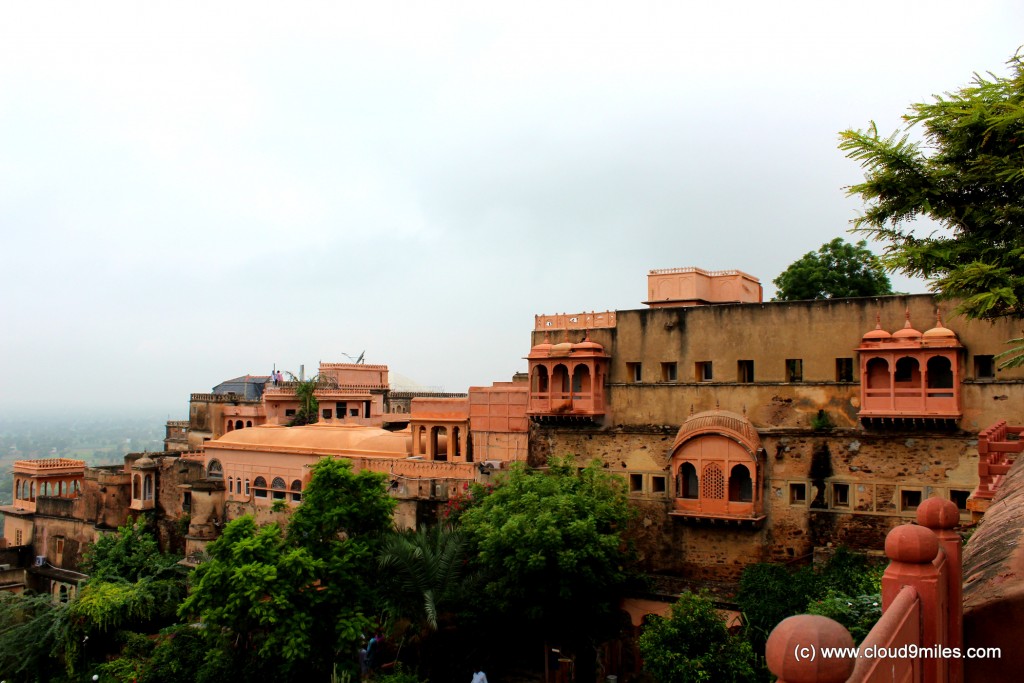 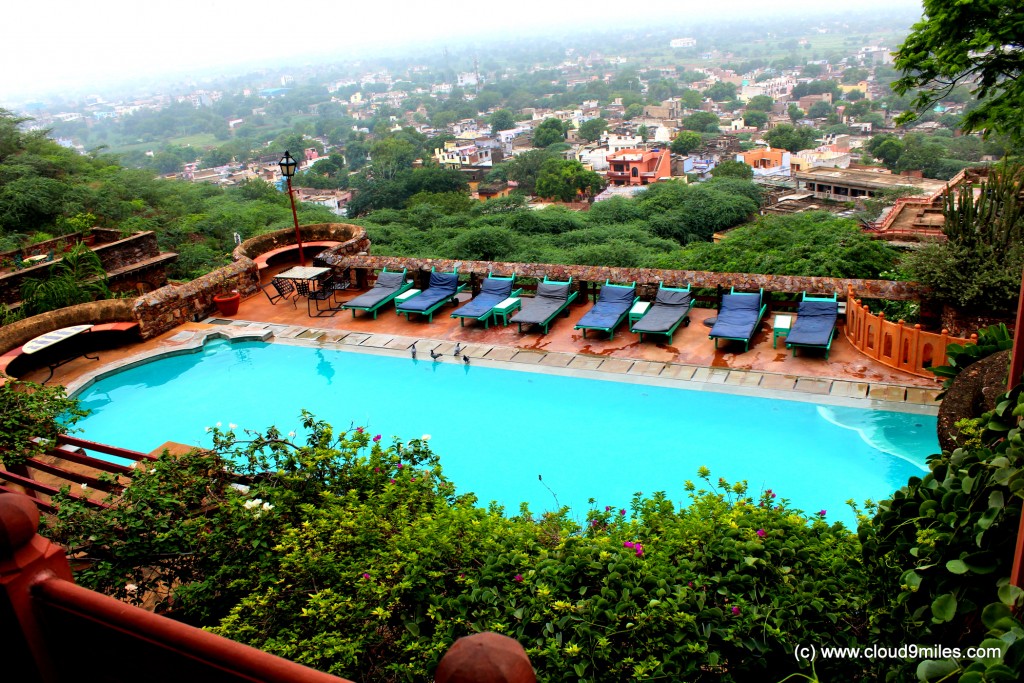 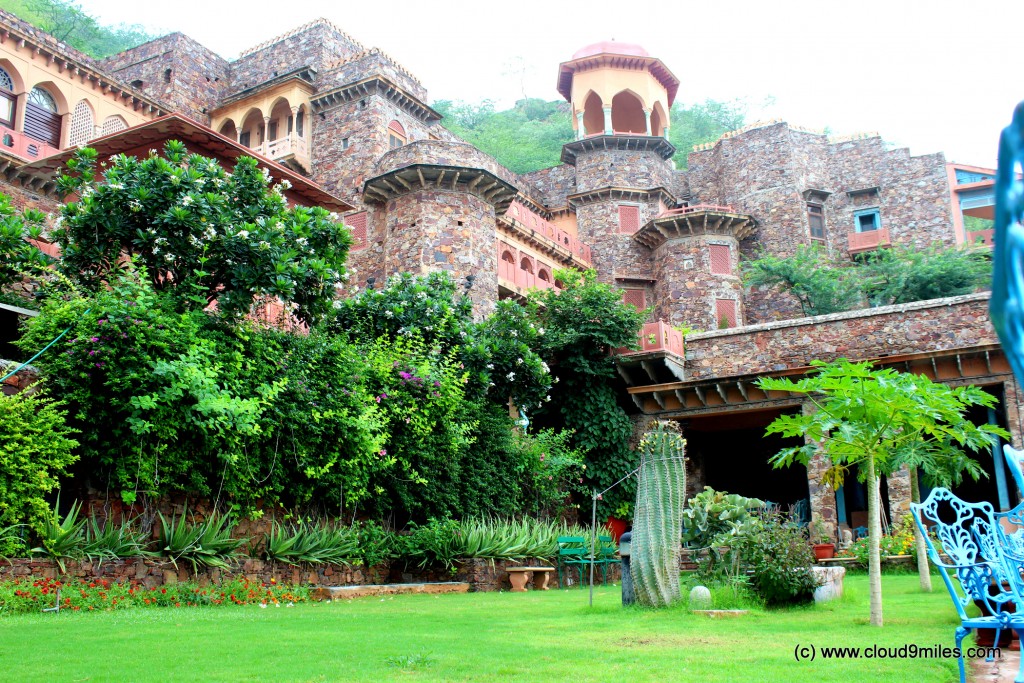 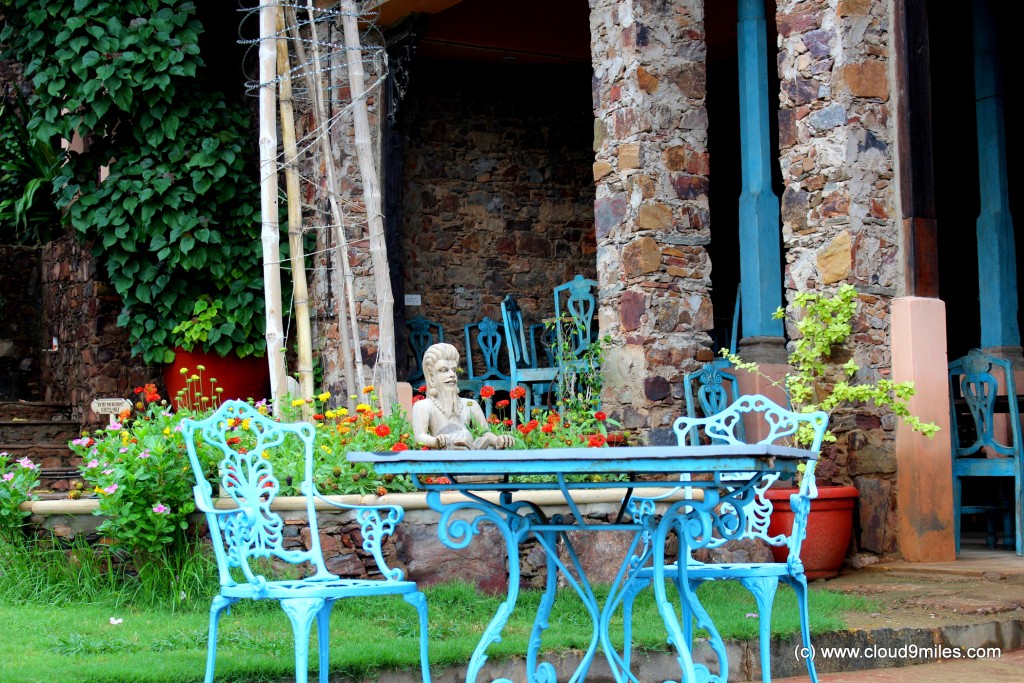 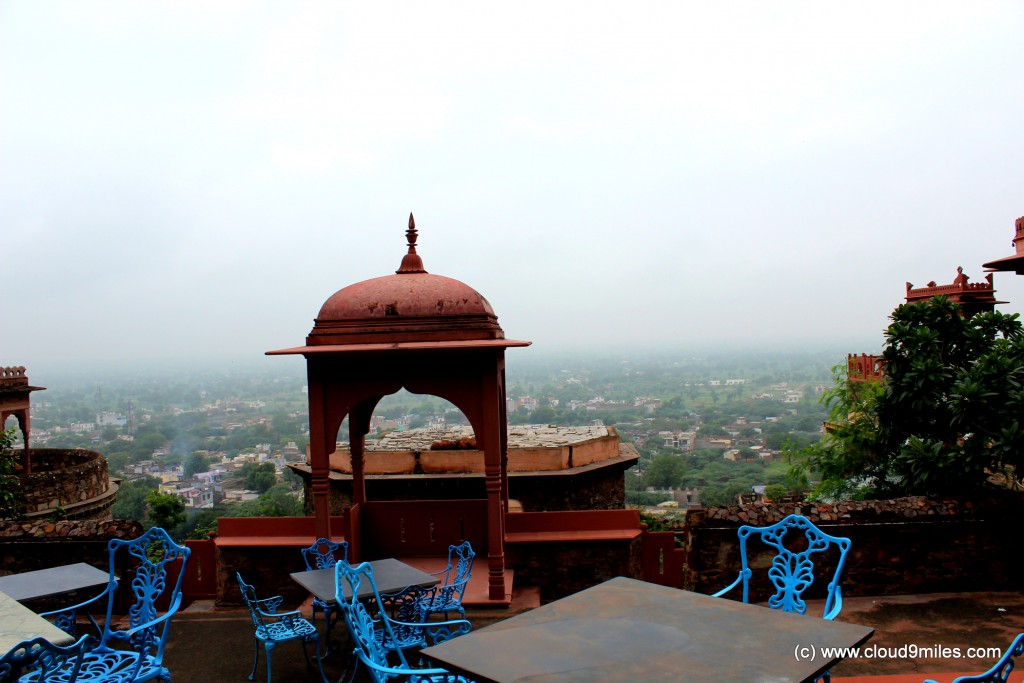 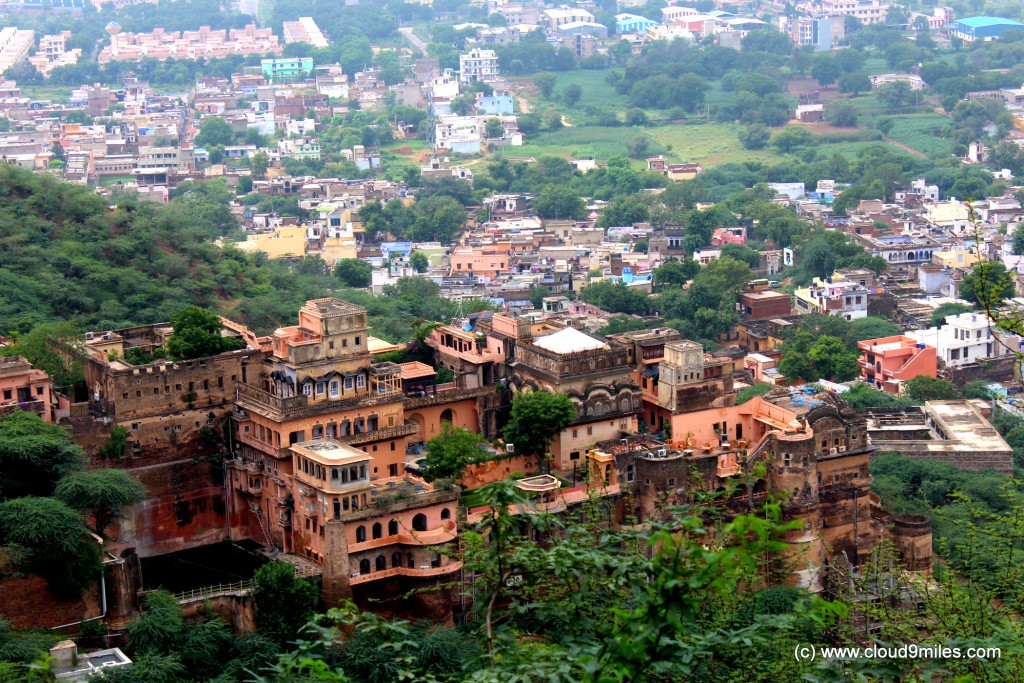 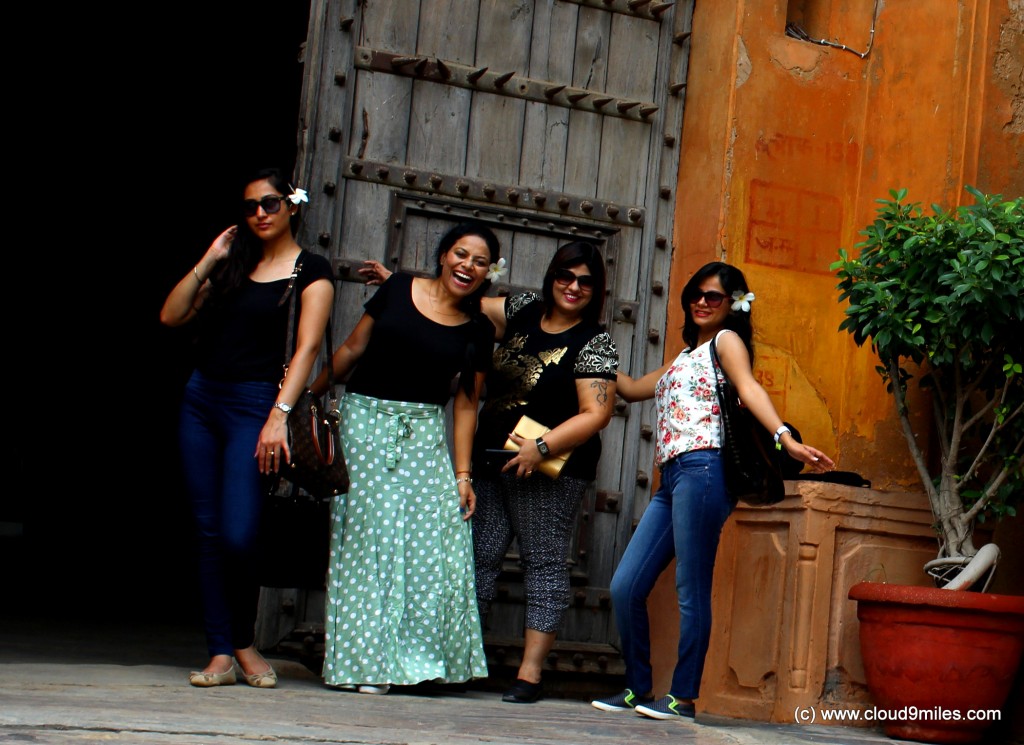 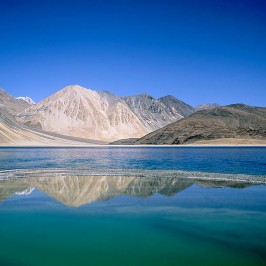 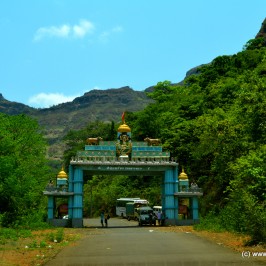 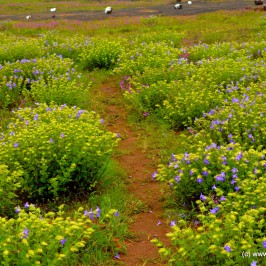 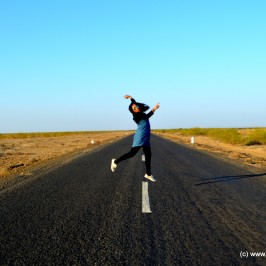 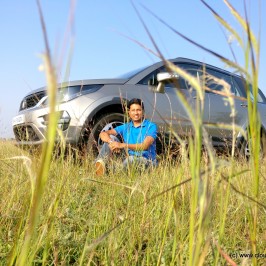 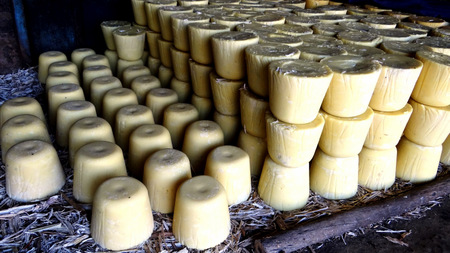