While starting our journey from Mumbai, the road towards Kunzum Top was closed and we were not sure whether we will be able to scale it. By the time we reached Kaza, the first information that we gathered was about status of Kaza – Manali highway. The information was not favourable as the highway was not yet completely open but Kunzum Pass has been made accessible. So, without any second thought we decided to cover this summit. After an enriching experience of Hikkim & Komic we signed off for the day with a bigger task to achieve. 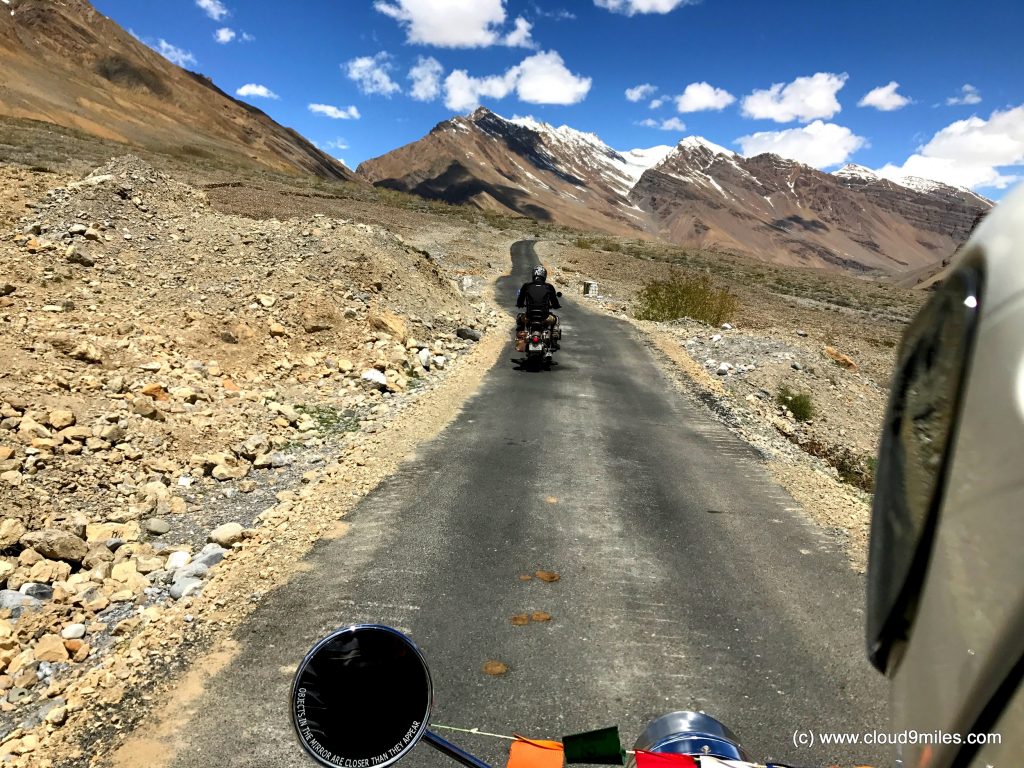 Drive through such magnificent backdrop in itself is sightseeing 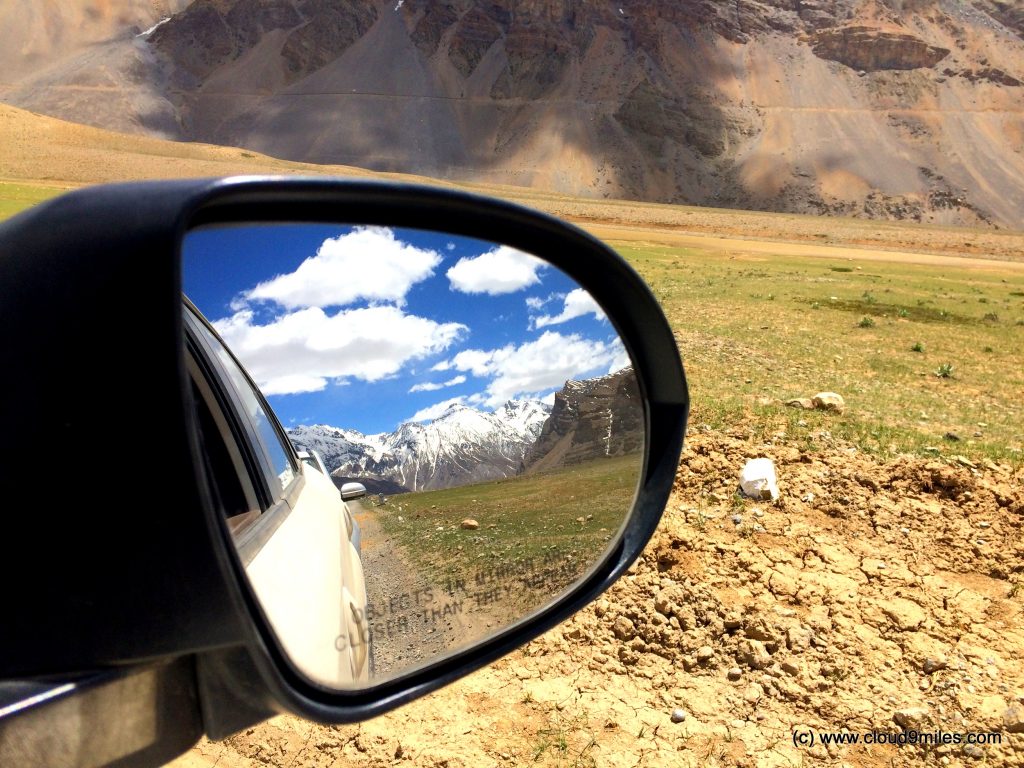 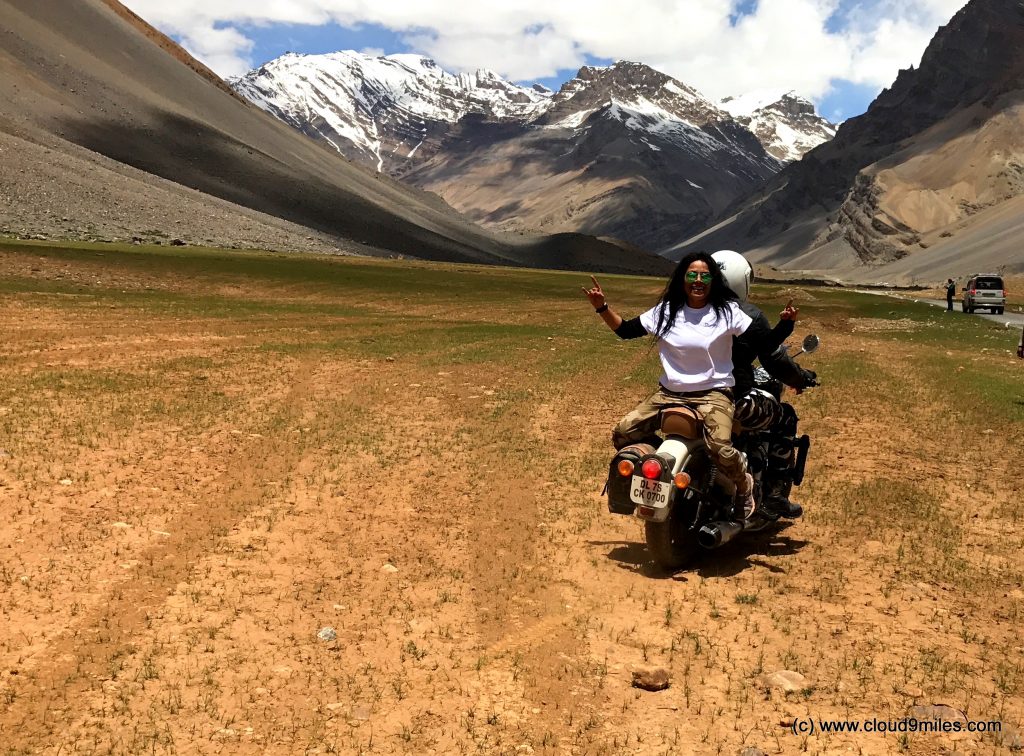 Let’s have some fun 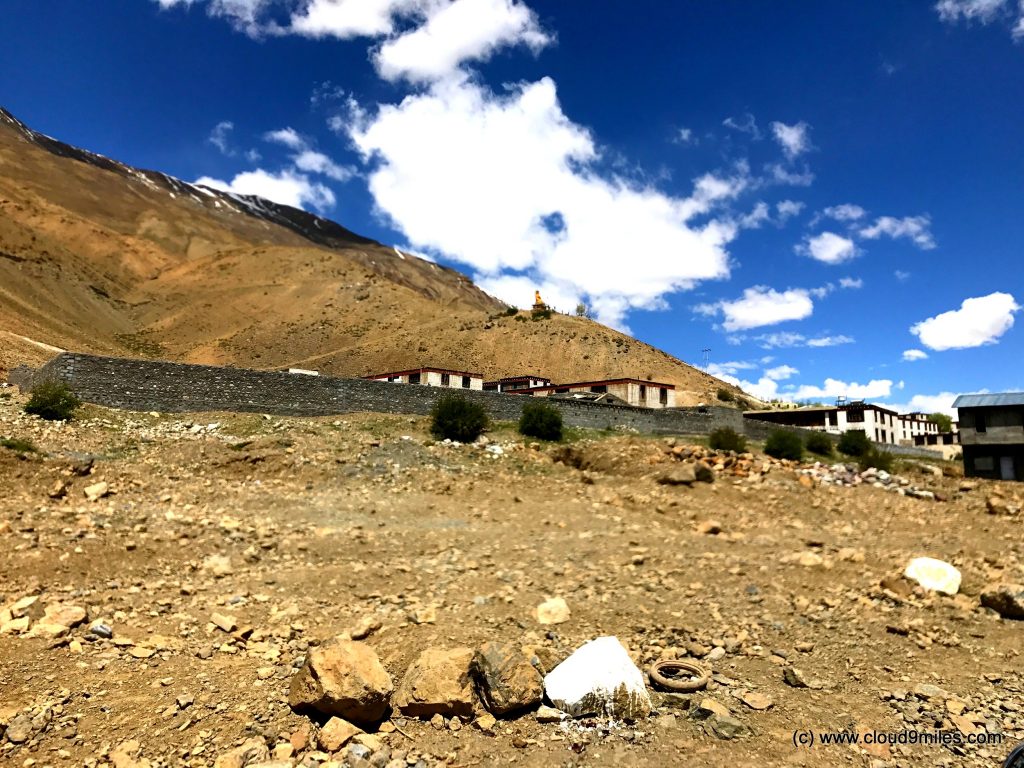 We started around 10 a.m. in the morning and within few minutes we were traversing through picturesque landscape. A dream run! The barren mountains, blue sky, valley, & river made us feel blessed. The initial part of our journey was very smooth as roads were maintained properly. Once again it was sightseeing journey with lots of fun by hoping on and off. We did some off-roading as well (not the extreme ones). At places there were green table tops and other places rocky terrains. A continuously changing topography kept us enthralled throughout the journey.  There were no sign of inhabitants with an exception of Losar with an availability of few eateries and home stays. Apart from that one or two very tiny villages passed through before Losar. 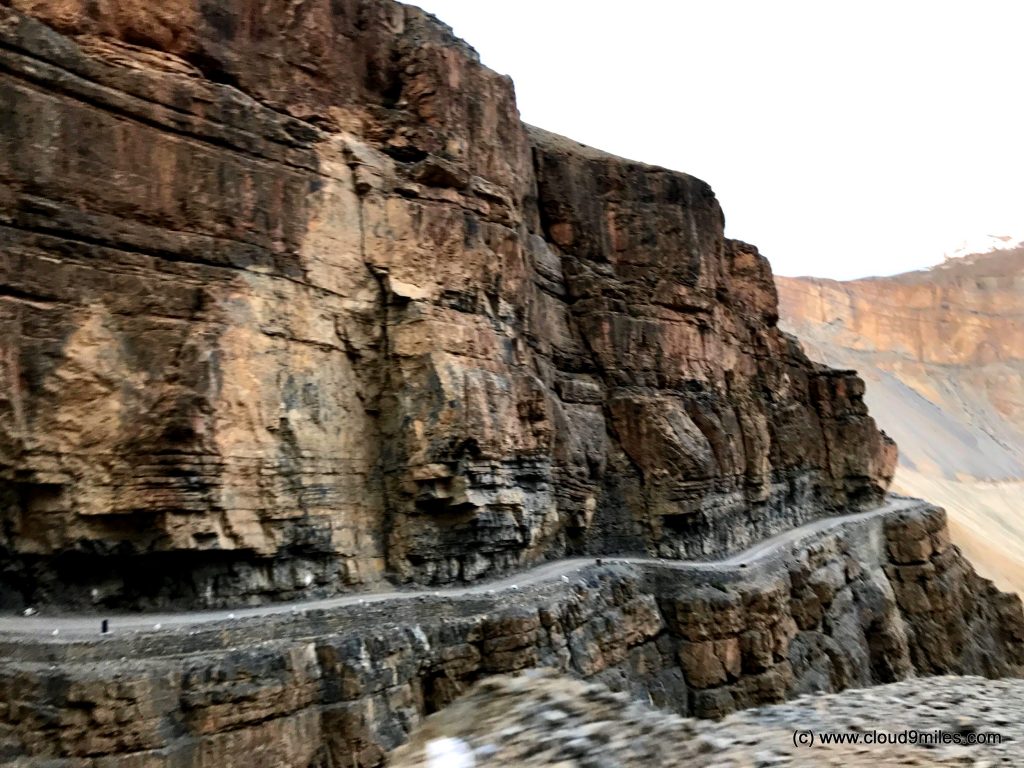 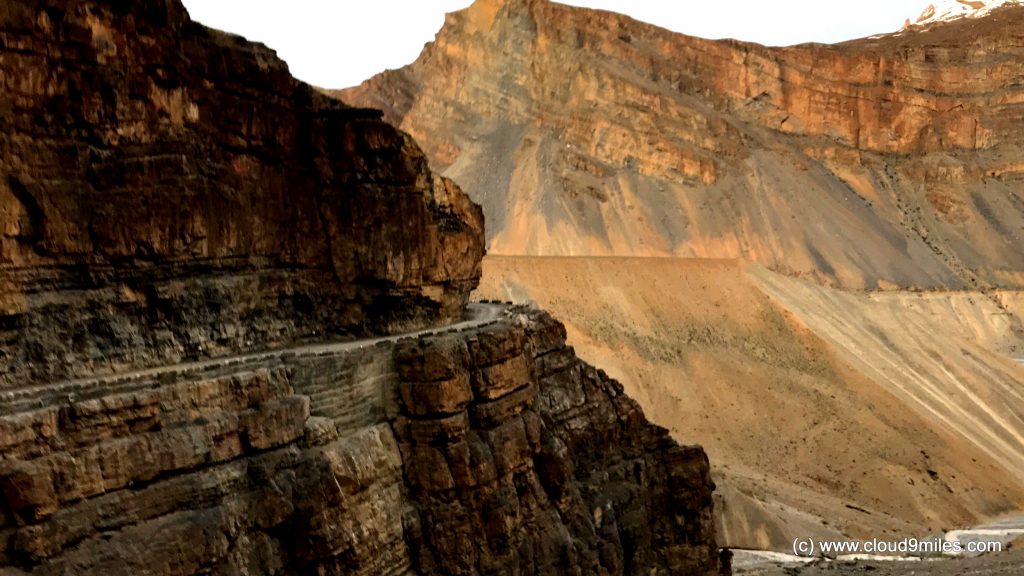 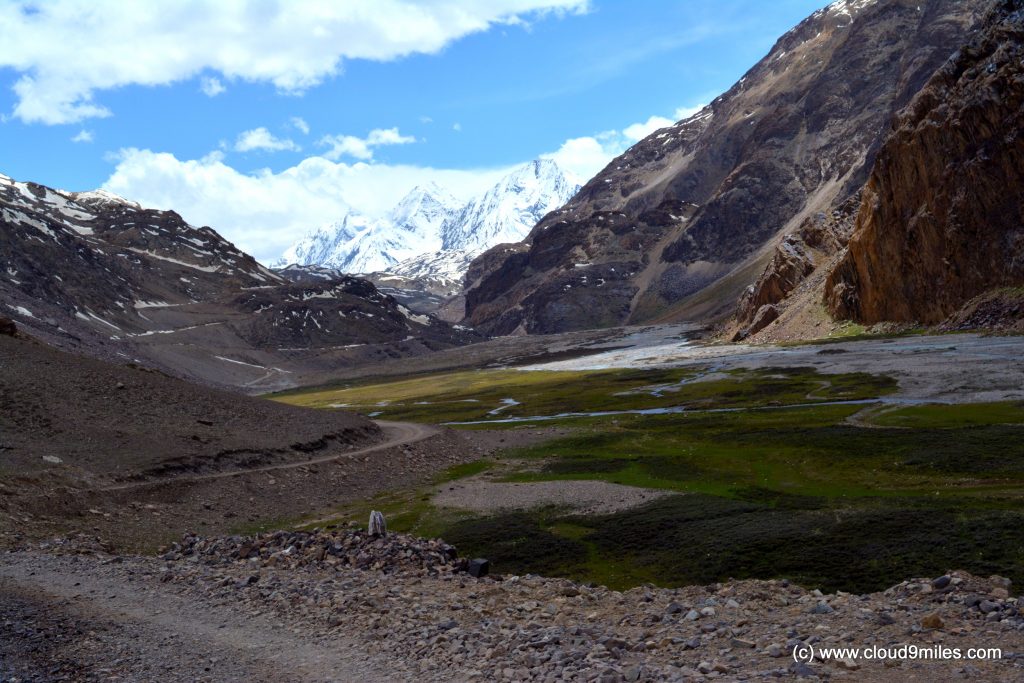 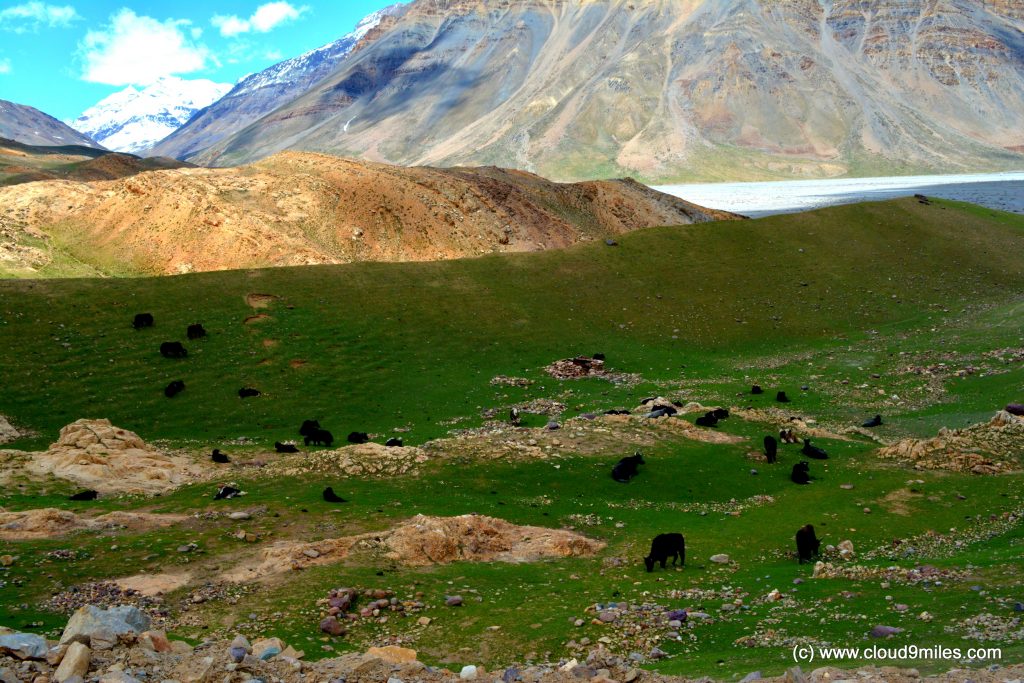 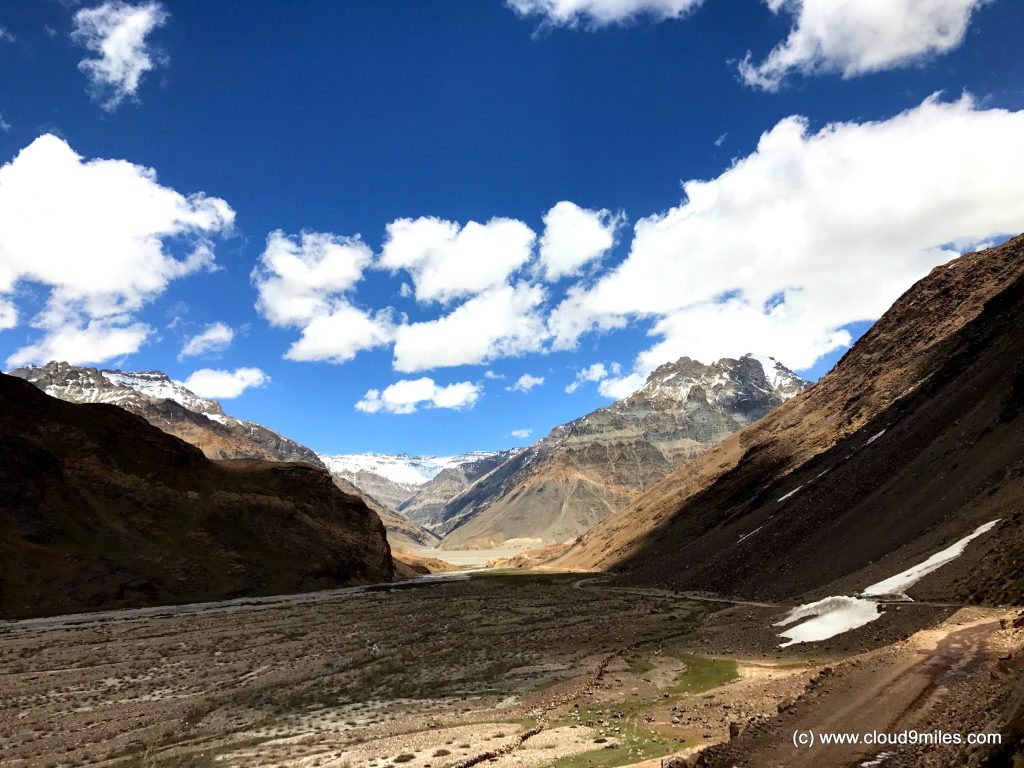 After passing the initial phase of the journey the road conditions changed drastically with no sign of tarmac. This passage barely qualifies as road but is most desired roads to travel in the country. What makes these roads in Himalayas so desired is the very fact that they are a perfect combination of challenge and leisure. The landscape that these roads run through is just awe-inspiring. We passed through few water streams that only had gravel underneath it. The water level increases as the day passes by and we were wary of that for our return journey. But come what may, we were prepared to take up the challenge and accomplish our target. 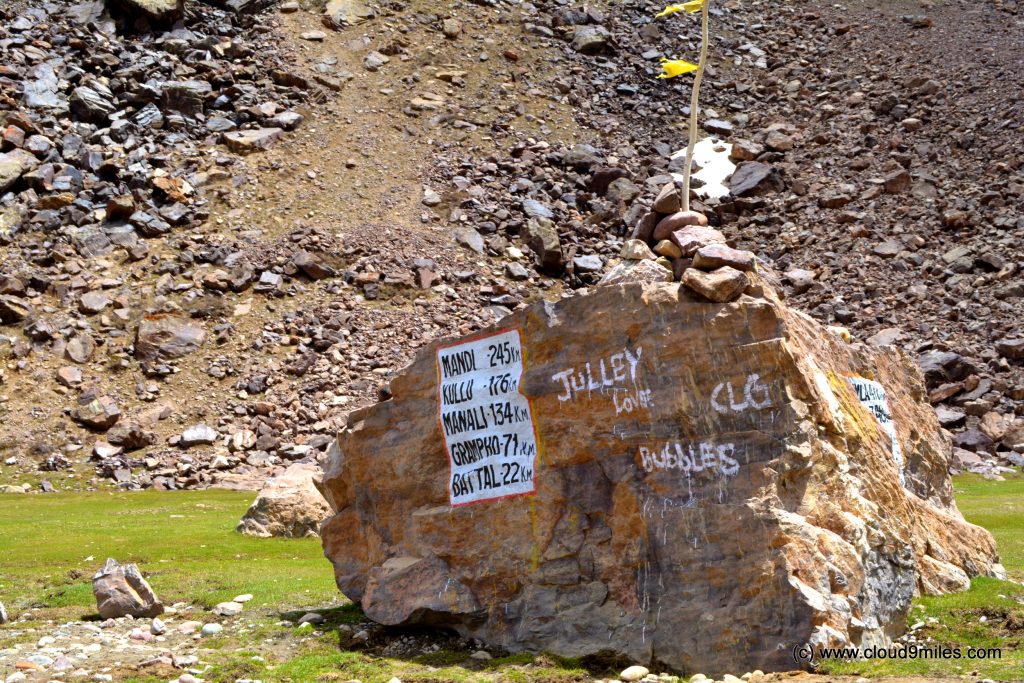 Majority of our journey was through rough patches 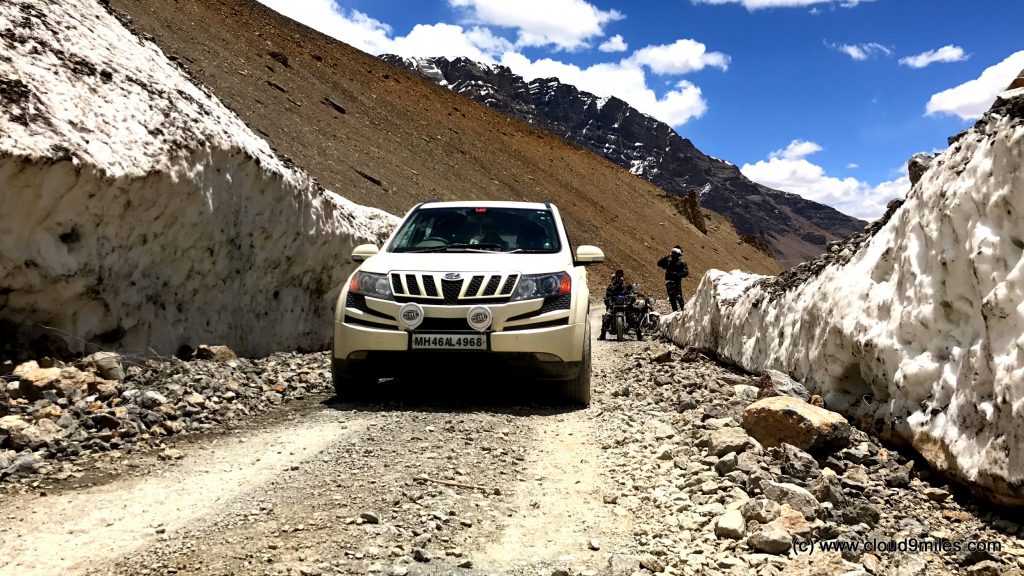 A moment for our companion 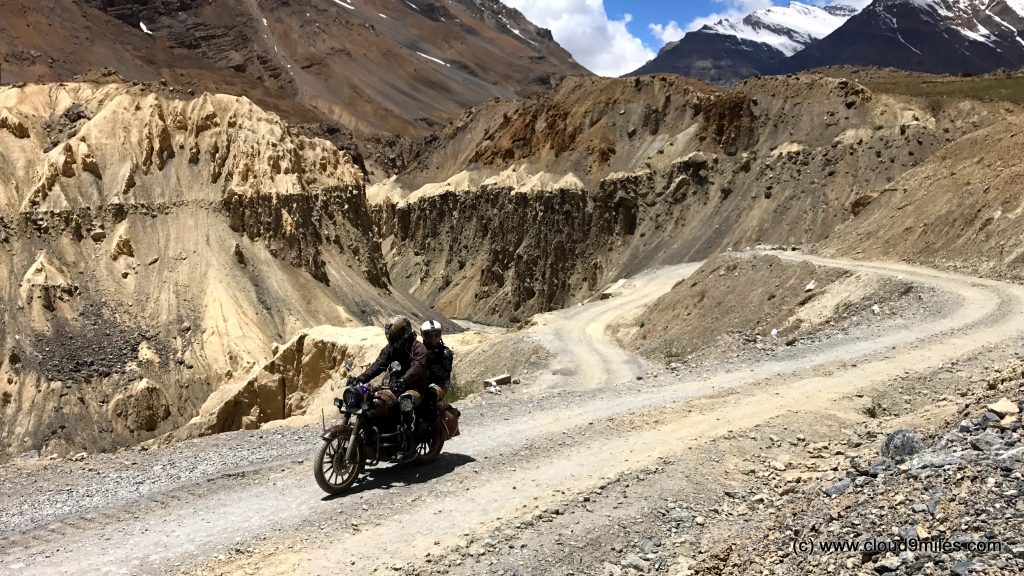 As we moved on, the road conditions became tougher. There were steep gradients and it needed some skills to cross them under hostile conditions. The moment we started ascending towards Kunzum Top we could see ourselves approaching the snow clad mountains that we were looking at from far off distance. At times we passed through the roads with snow walls on both sides. The mountains started getting bigger as well as beautiful and snow started appearing frequently. The road leading to Kunzum Top has breathtaking views of mountains with varied colours with few waterfalls emerging from them. 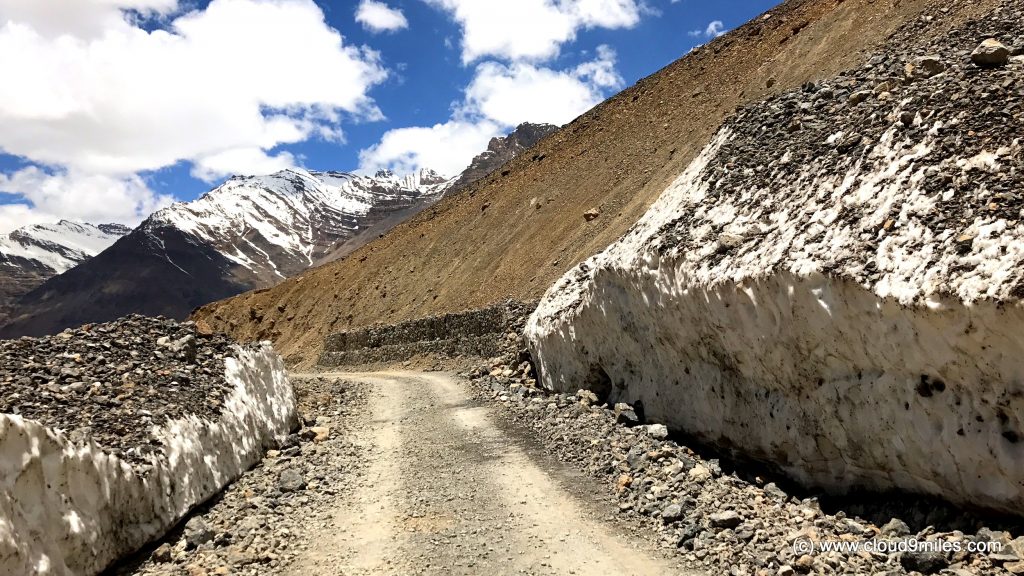 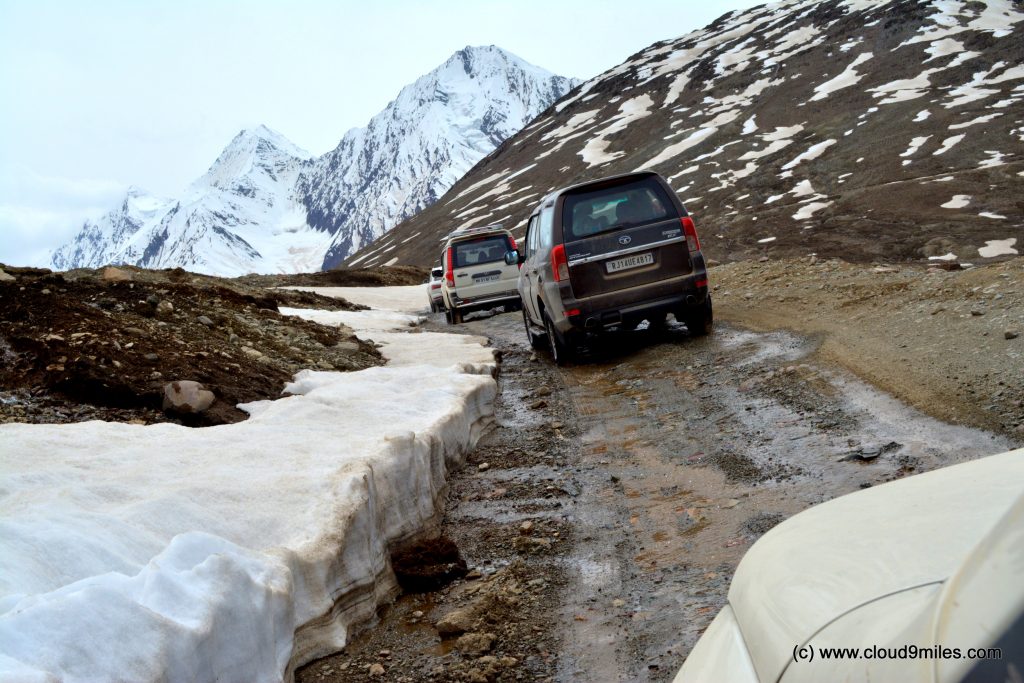 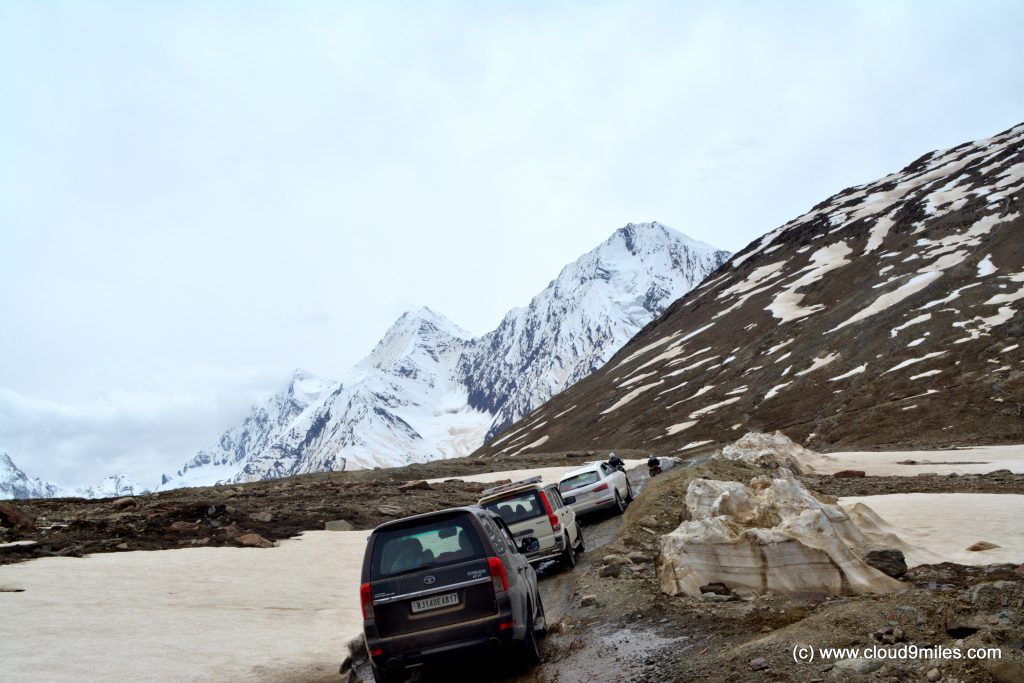 Finally, after four hours drive and sightseeing we reached Kunzum Top @ 2:00 p.m. We cannot explain our feelings as it can only be experienced. At 4,590 m we were at the highest point of this sojourn. The valley top offers a picturesque landscape with magnificent view of the Chandra Bhaga ranges that surrounds it on the north sides with snow clad peaks. Such was the majestic site of Chandra Bhaga ranges that one could sit and look at it for hours. 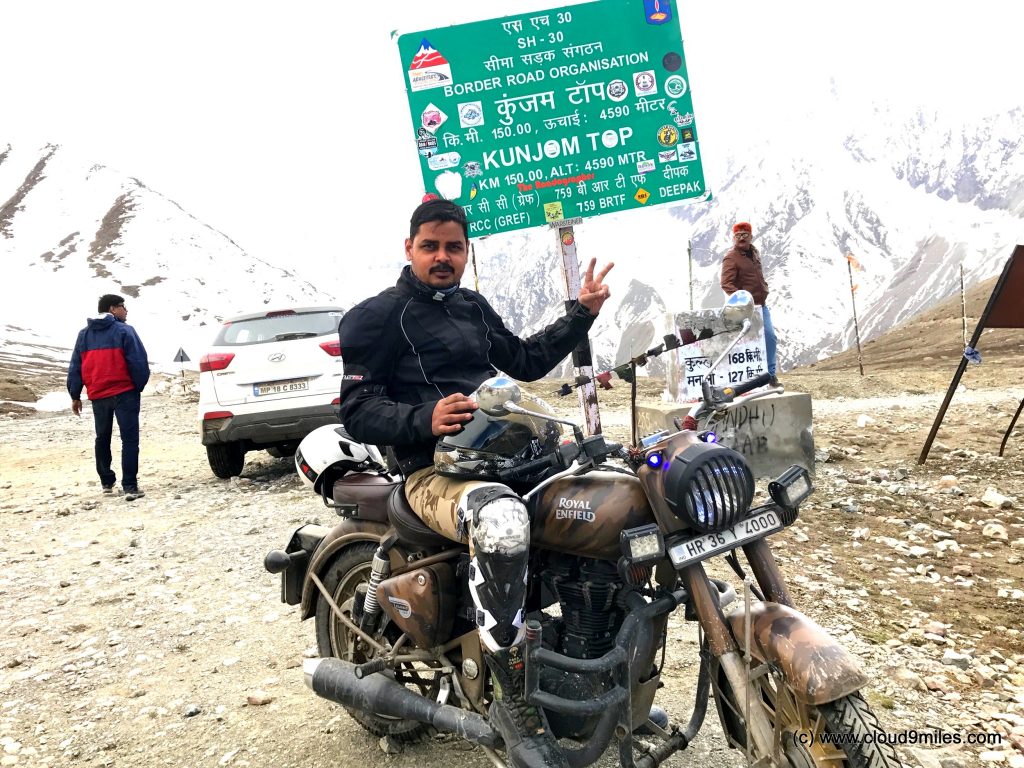 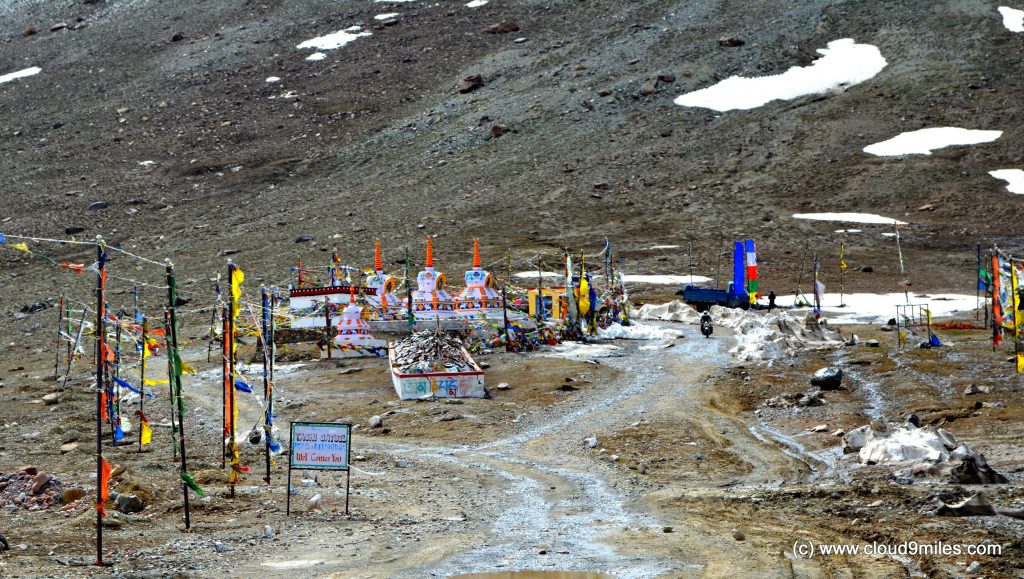 Our biker doing the customary parikrama of temple

At the top of the pass lies a temple dedicated to Goddess Durga and it is considered auspicious to do parikrama of the temple and get blessings before going further in the journey. Every vehicle that passes from Kunzum Top does a customary circling of the gompa and temple. We also did the customary rituals and took the blessings. It was an amazing sight at the top with beautiful and colourful Buddhist flags fluttering amidst the snow capped peaks. The climate at Kunzum was very cold and windy but it did not hamper our spirit. We almost spent 2.5 hours at the top imbibing the beauty of the place. We captured beautiful moments from top and started our return journey @ 4:30 p.m. On our way back we took a snacks halt at Losar and reached Kaza @ 8:00 p.m. The sense of accomplishment of our target made us feel proud. Kudos to the entire team for achieving this feat! 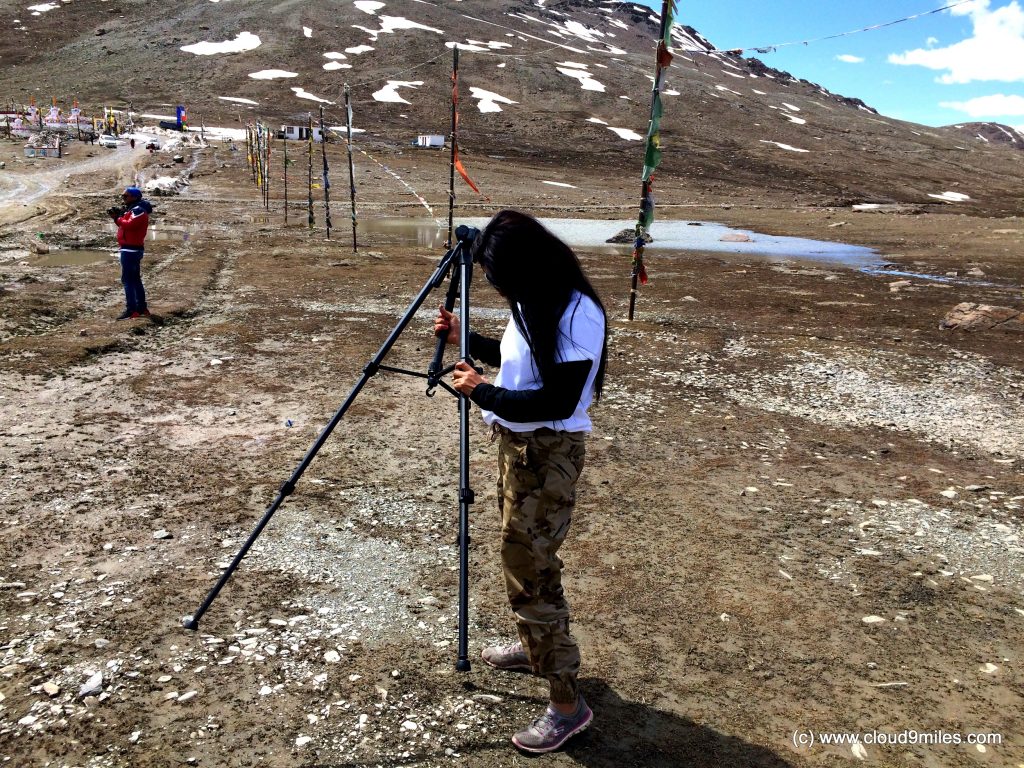 Preparing to capture the moment 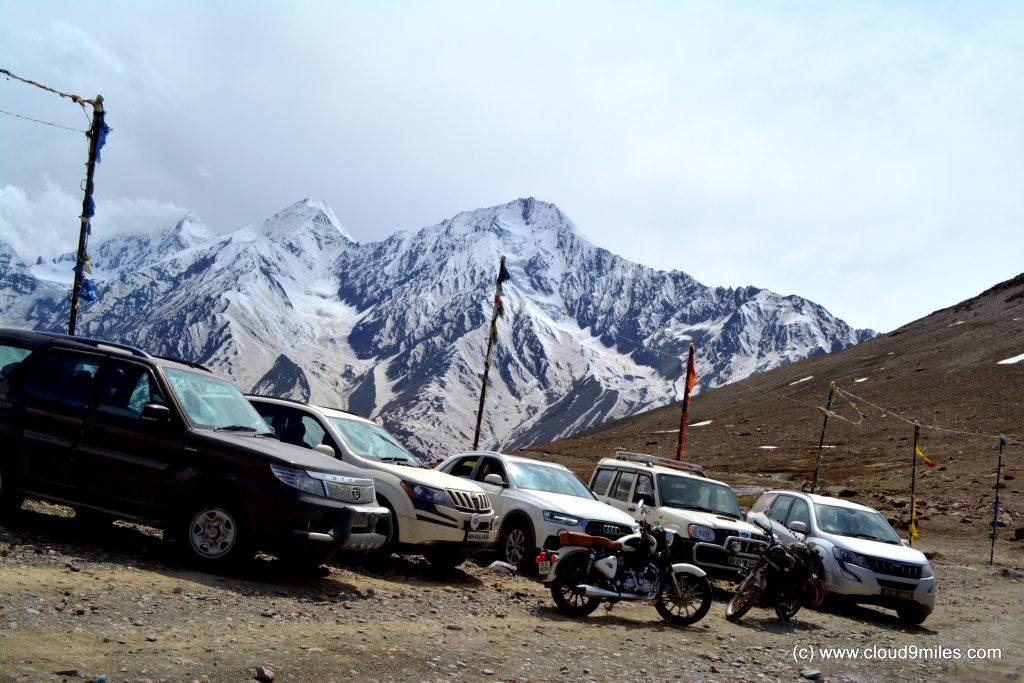 They deserve this space 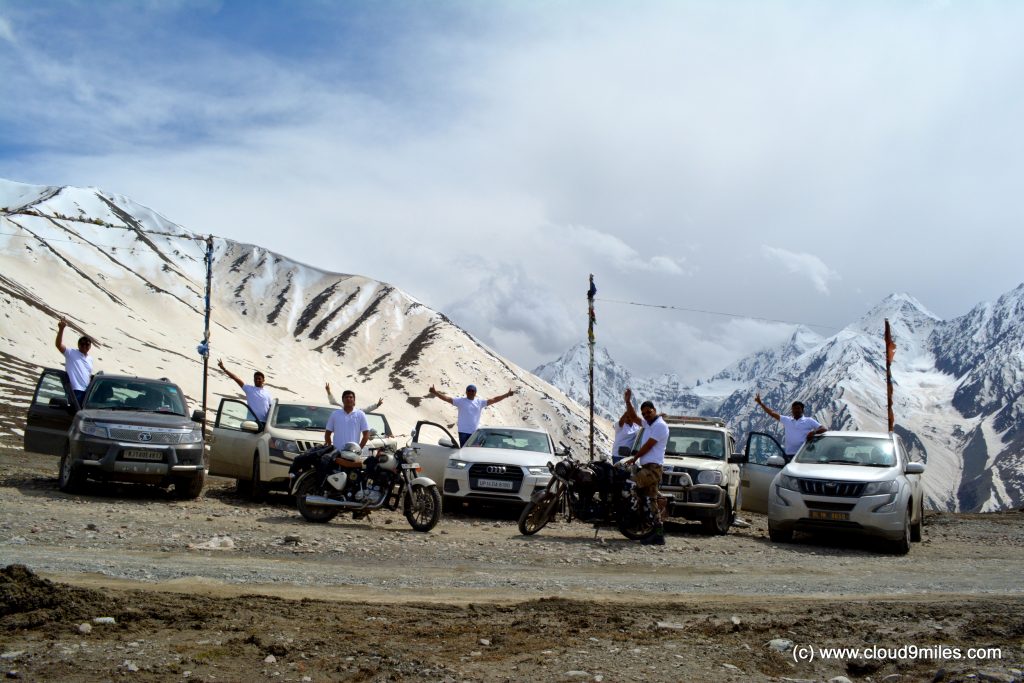 The pilots with their machine 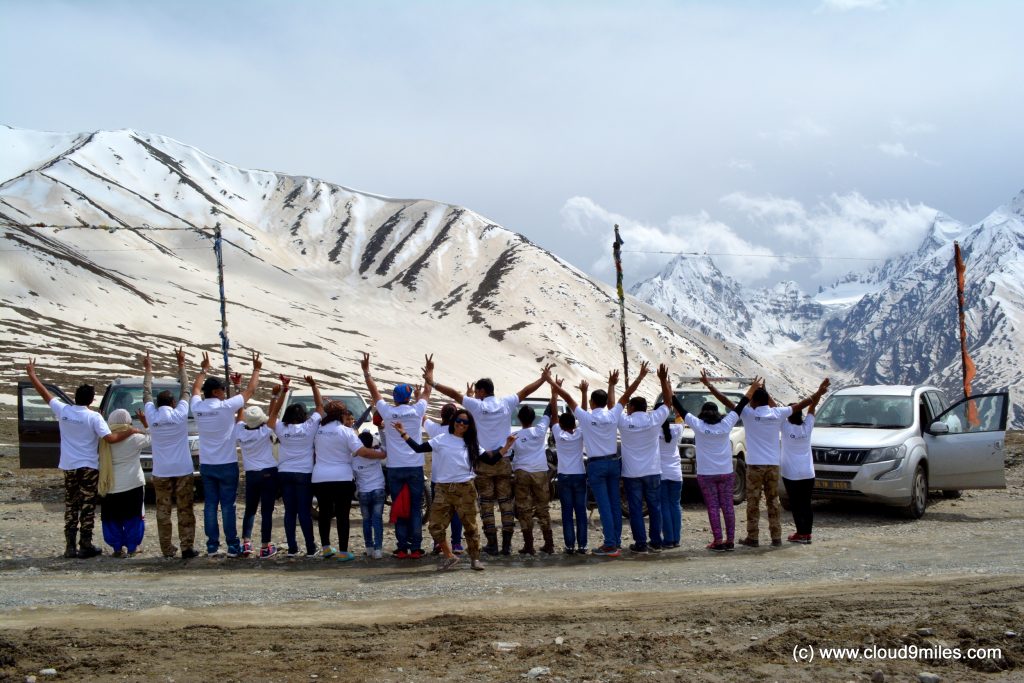 Kudos to the team! 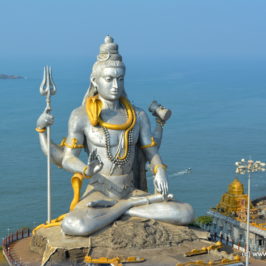 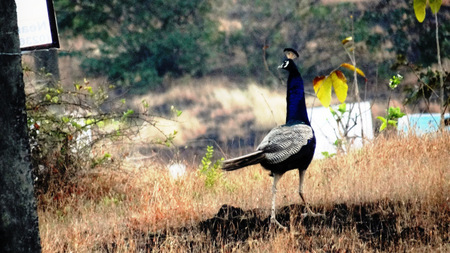 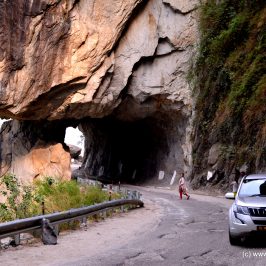 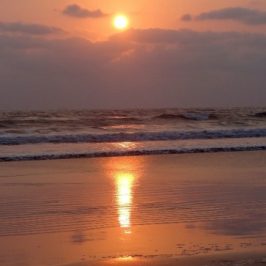