Ladakh a cold desert at an average altitude of more than 3000 m is adorned by visitors from across the globe. It has captivated visitors with its magical charm and beauty. On the contrary it becomes deserted in winters with one of the harshest conditions of the world with temperatures dropping to a level of -30 degree Celsius. Everything freezes in Ladakh be it water or soil along with low air temperature. Oxygen levels also fall as compared to summer.  It is advisable to visit Ladakh in winters once it has already been covered in summer to adore the beauty on a different note. My visit was on account of Chadar Trek & an endurance test for myself. It gave me an opportunity to view Ladakh from altogether different perspective. With detailed preparation I am here to witness Ladakh in its harshest but truest form. Basic packing requires woollens, warm shoes, woollen socks, gloves, warmer, goggle, sunscreen lotion, cap and muffler. Generally, most hotels in Ladakh remain closed during winters with an exception of only few hotels or guest house.

Ladakh is open around the year and is connected via flights as both Srinagar – Leh & Manali – Leh highways get blocked in winters. They normally get opened in May end. Mostly all roads of Ladakh remain open in winters. Local sightseeing places, including major monasteries, around Leh remain open and even road to Pangong Lake and Nubra valley remains open in winter. During heavy snowfall on Chang La and Khardung La gets blocked for some time of a couple of days but traffic is resumed soon by BRO. Since Ladakh being a desert with low precipitation chances of witnessing snowfall is high on these high passes. A large number of tourists now visit Ladakh in winter months to experience the winter season, for winter photography, to see snow, to see frozen Pangong Lake or for winter trekking specially Chadar Trek, a trek on frozen Zanskar River. When I started from Delhi the temperature was around 12 degree Celcius. The view of Himalayas from flight was an amazing sight and an experience in itself. After one and half hour the flight landed at Leh with a bone chilling announcement of outside temperature being -15 degree Celsius. An adrenaline rush and I was ready for the experience. 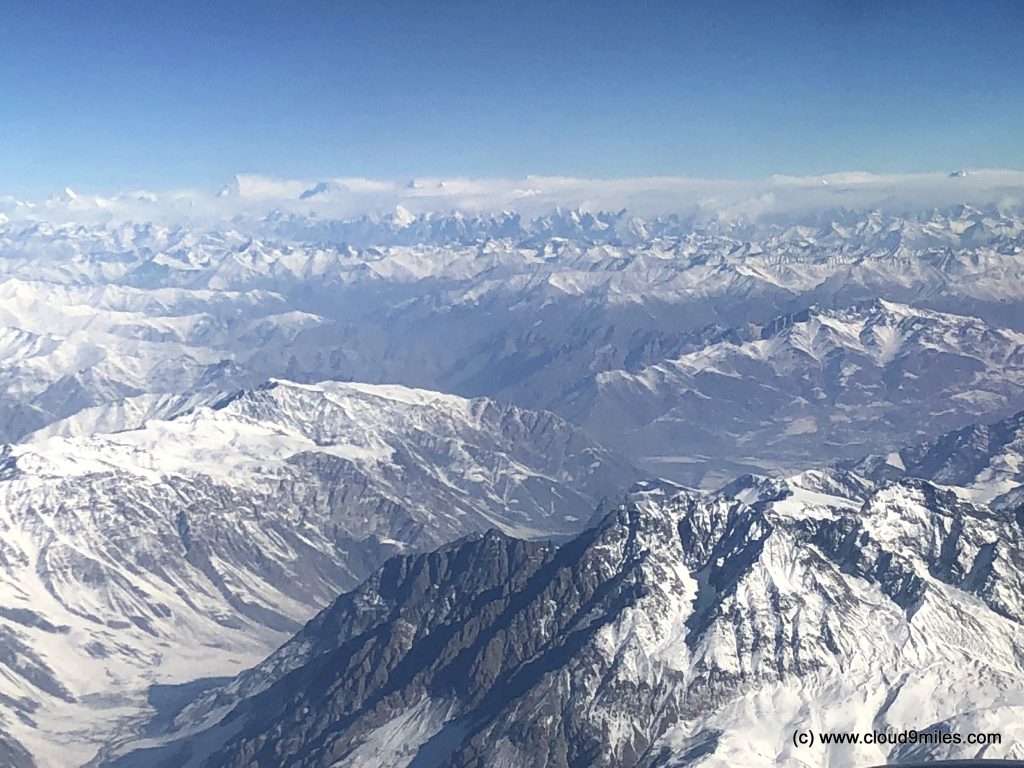 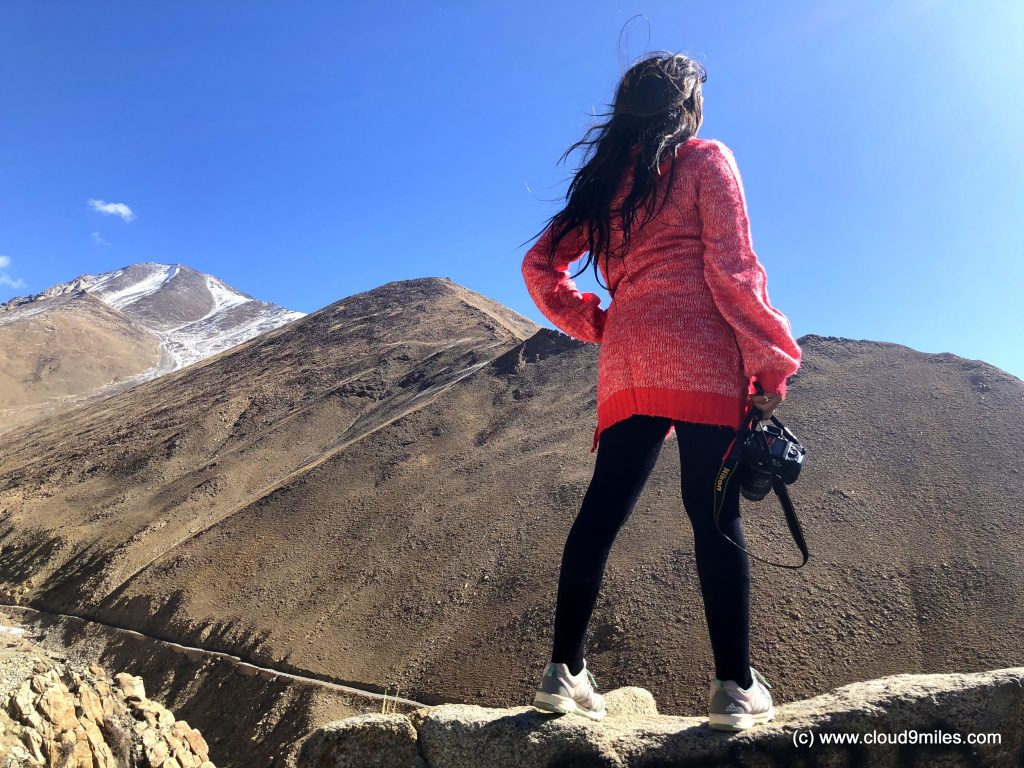 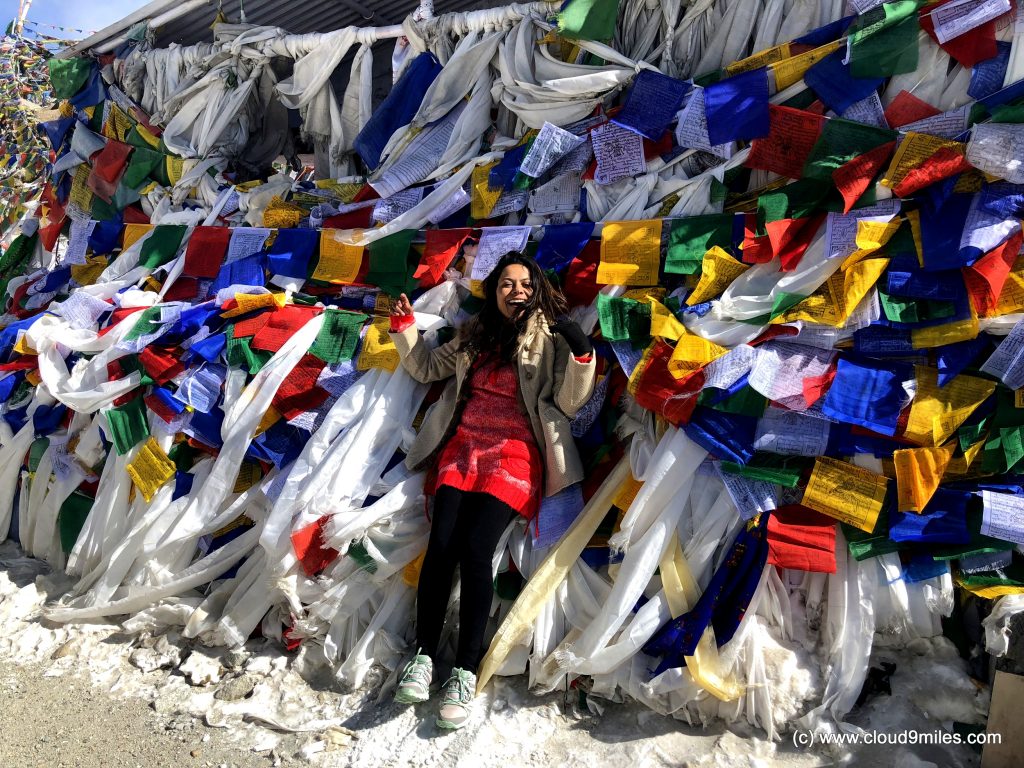 Prayer Flag to protect you from bone chilling wind 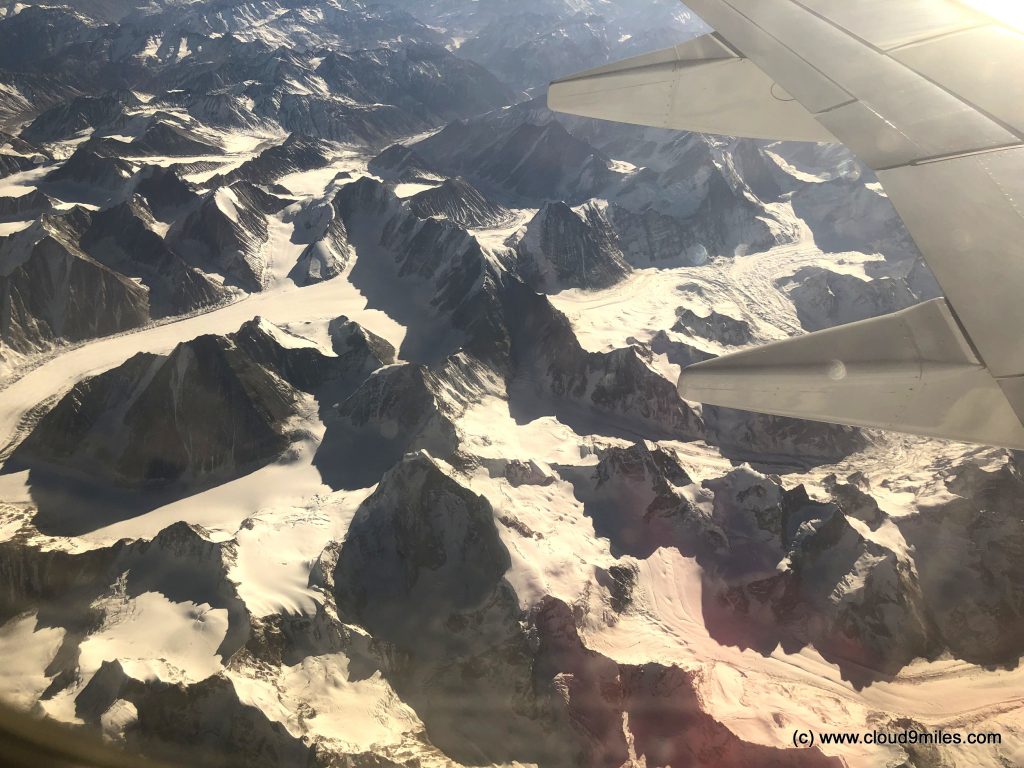 Ladakh here I am again to adore the beauty in winter! I took a taxi and started by winter sojourn. It was altogether a contrasting atmosphere with deserted streets and closed market. I started exploring Leh again. The beautiful sight of Indus River, brown landscape with no hint of greenery, frozen water bodies, & deserted Shanti Stupa had blown me away. That’s what a traveller comes for to find his or her own self. Every frame was a masterpiece and it was a photographers paradise. I felt nostalgic and a quick flashback from my previous visit rushed through my mind. The same street was bustling with enormous activity and is completely isolated. Most shops and hotels were closed in the vicinity. The ground also gets frozen and is an ideal time to practice ice skating and hockey. 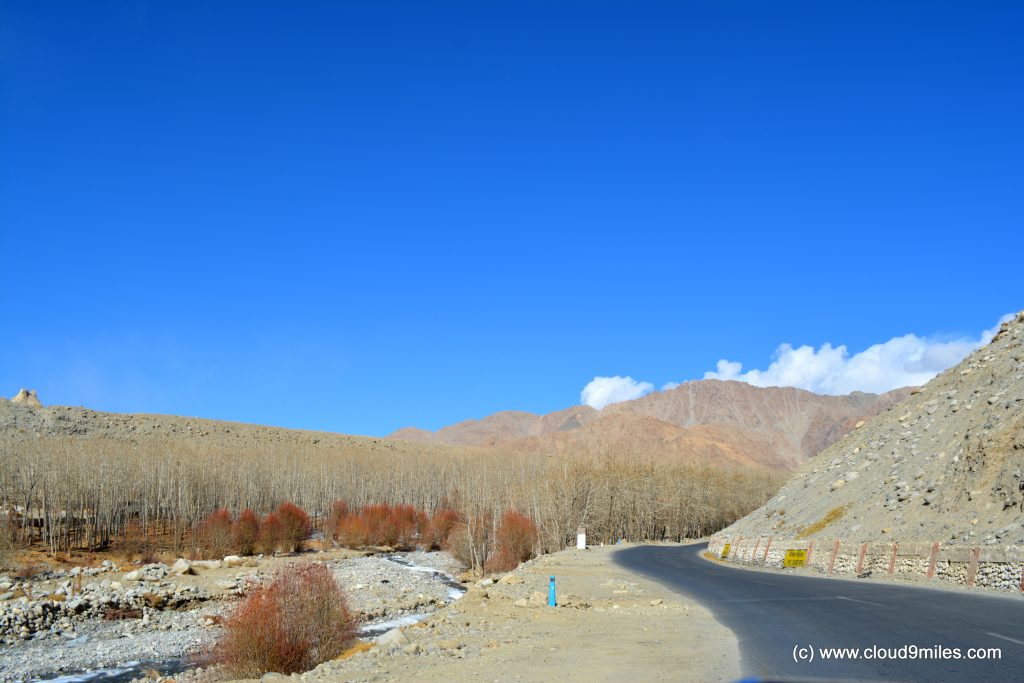 No hint of greenery 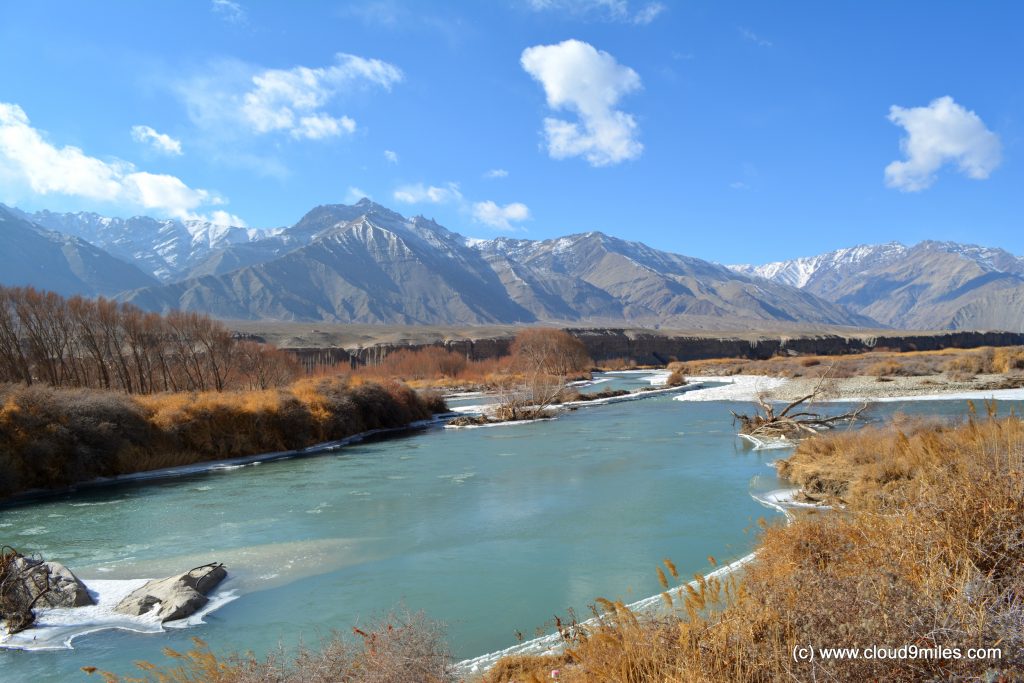 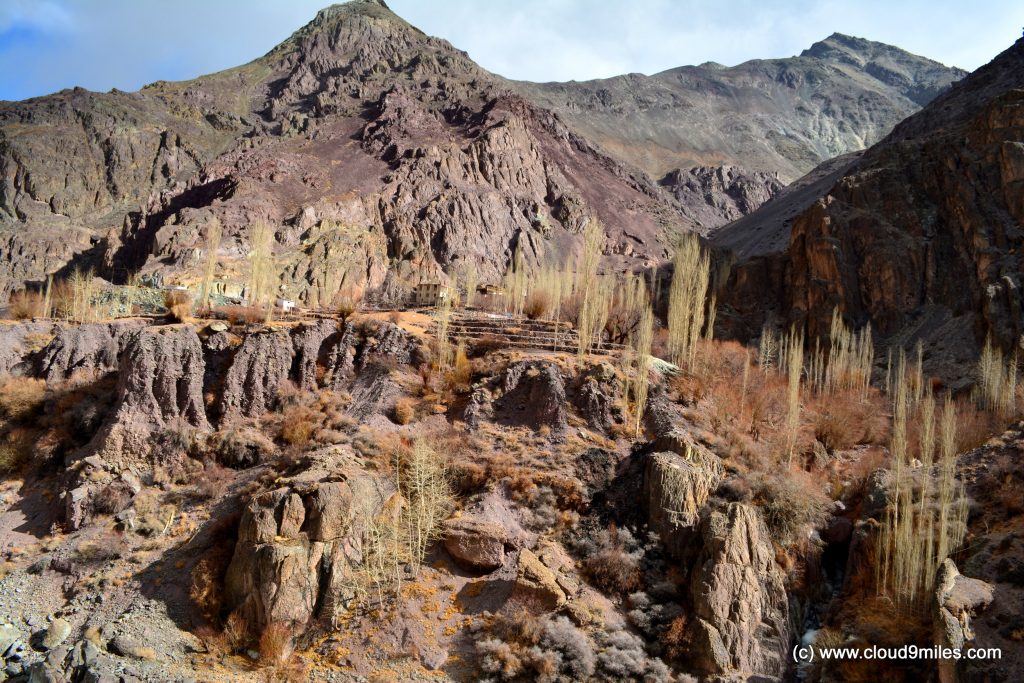 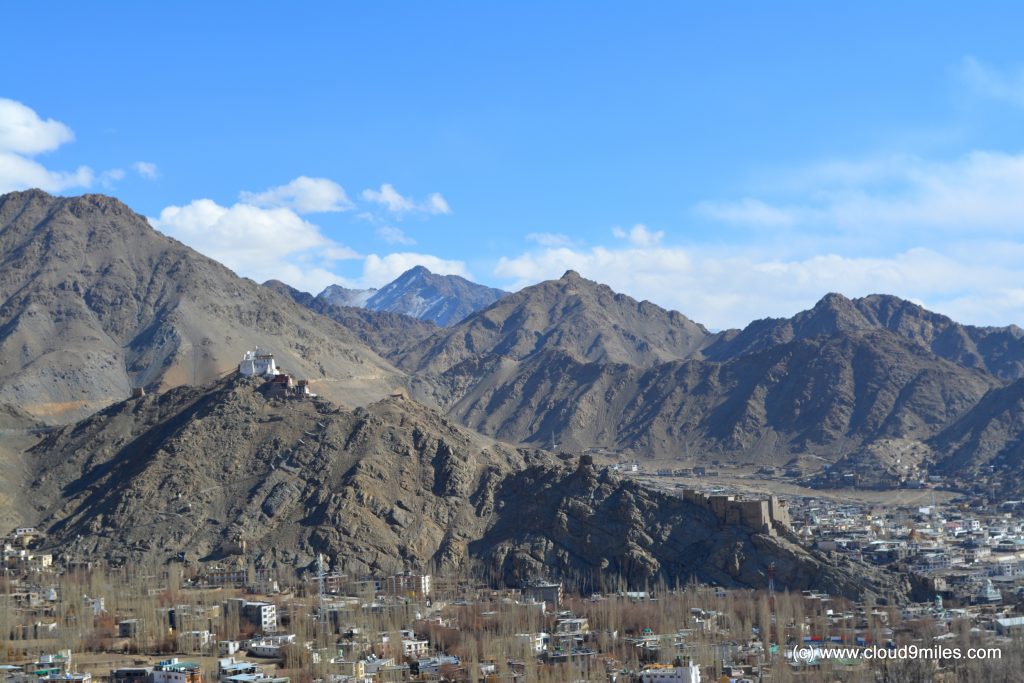 A view of Leh from Shanti Stupa 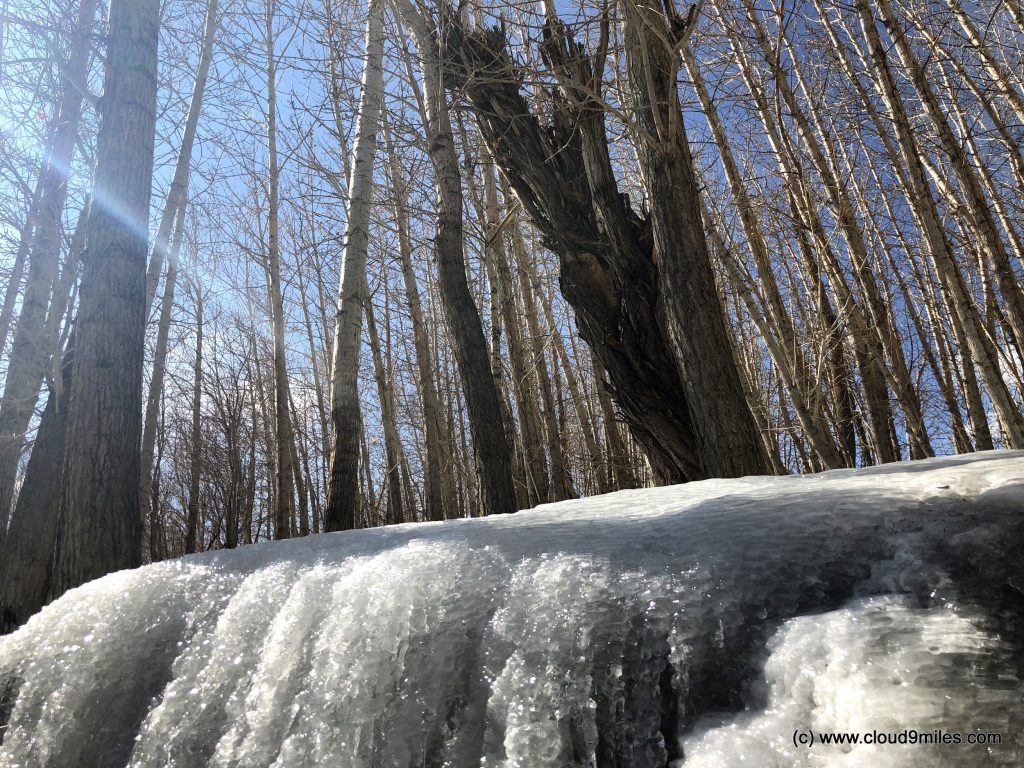 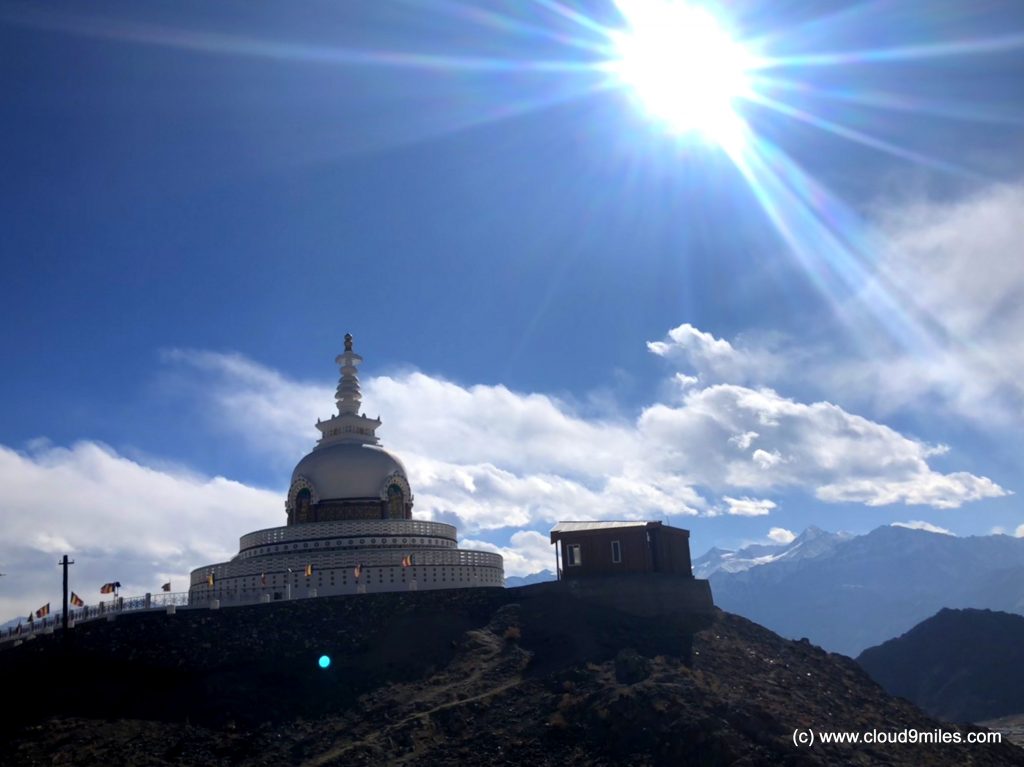 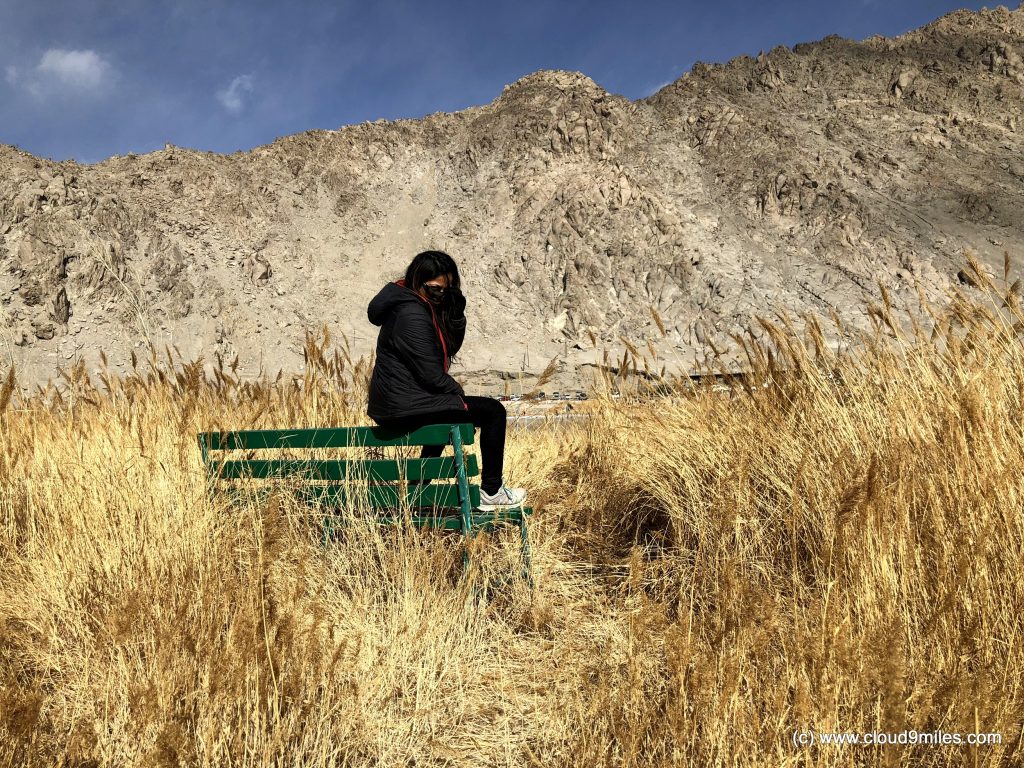 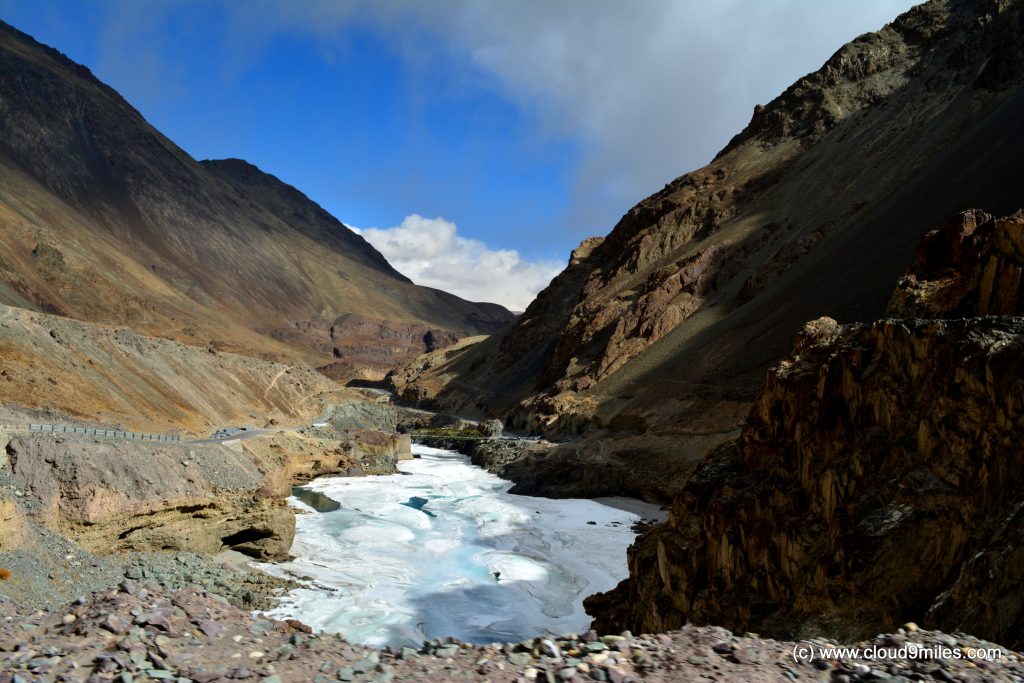 An innovation is what it takes to change impossible to possible. The Ice Stupa in Ladakh is an example of how innovation can change life. Ice Stupa was innovated by Sonam Wangchuk in Ladakh, India and the project is undertaken by the NGO Students’ Educational and Cultural Movement of Ladakh. Ice Stupa is a form of glacier grafting technique that creates artificial glaciers, used for storing winter water (which otherwise goes waste) in form of conical shaped ice heap. During summer, when water is scarce, the Ice Stupa melts to increase water supply for crops. 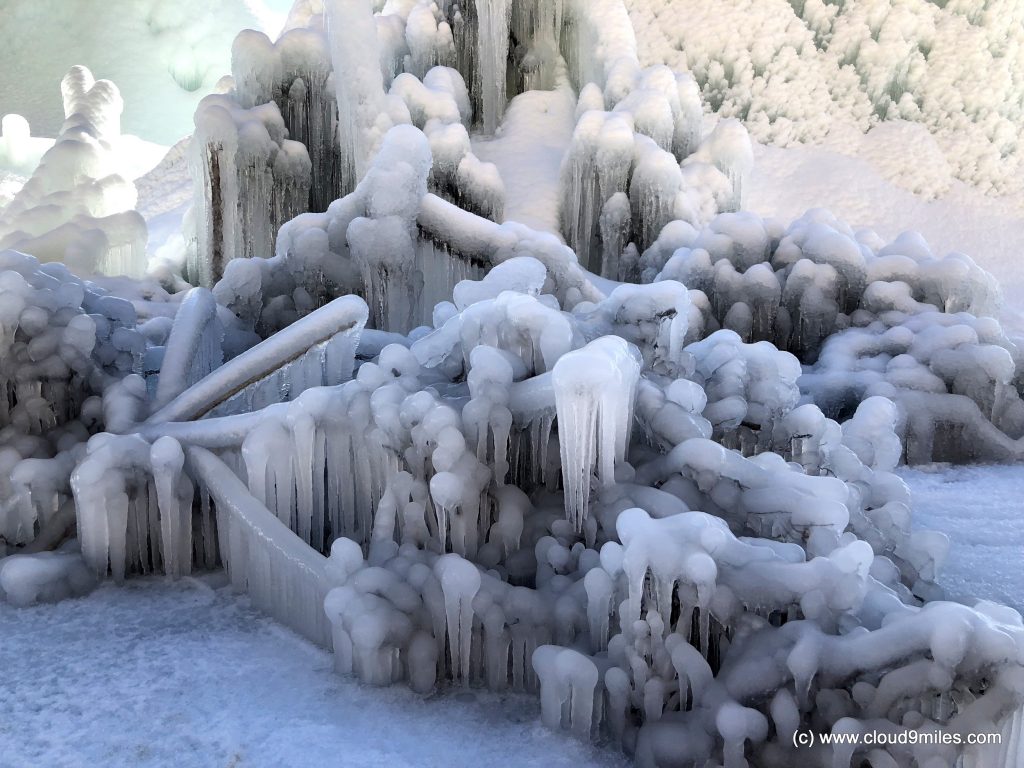 We have had a spectacular experience of Pangong Lake in summers where one can witness nature’s craftsmanship. The brackish water plays with sunlight to produce different shades of blue. Ladakh in winters, almost all the water body freezes and Pangong Tso as well capitulates under freezing cold temperatures. During winter the lake freezes completely, despite being saline water. The tranquil, azure blue waters of lake become a thick layer of ice sheet on which you can do ice skating, drive your car or even do a somersault. 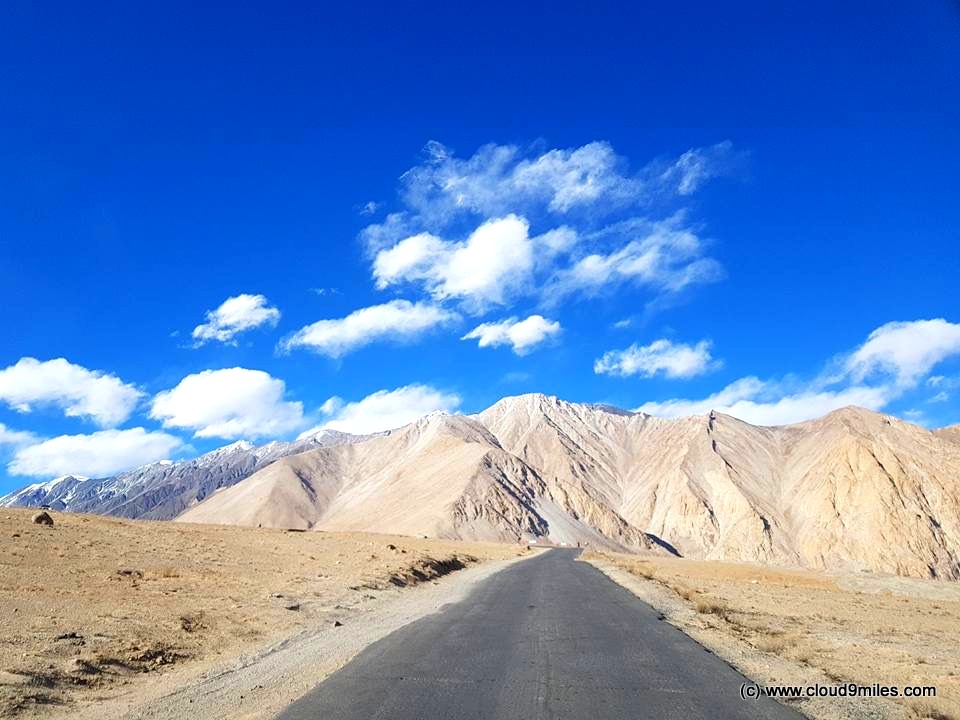 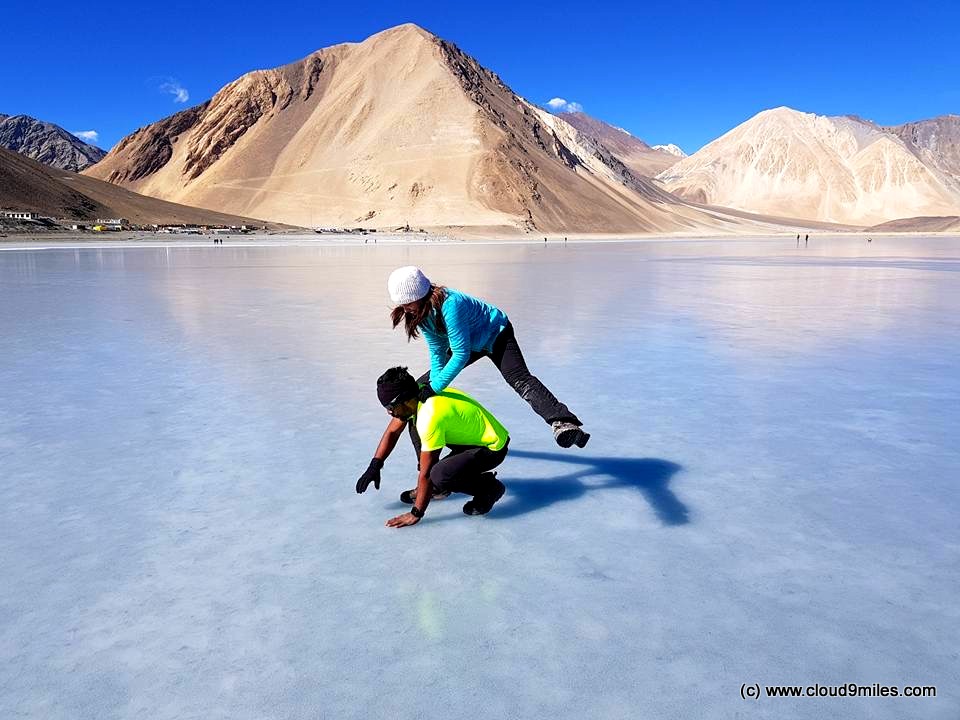 Nubra valley is also reachable and in the middle of the desert you can find you along with yourself. A sand dunes on a cold desert is a masterpiece that can only be left upon it’s creator that is nature. No one can define or emulate what nature can do. 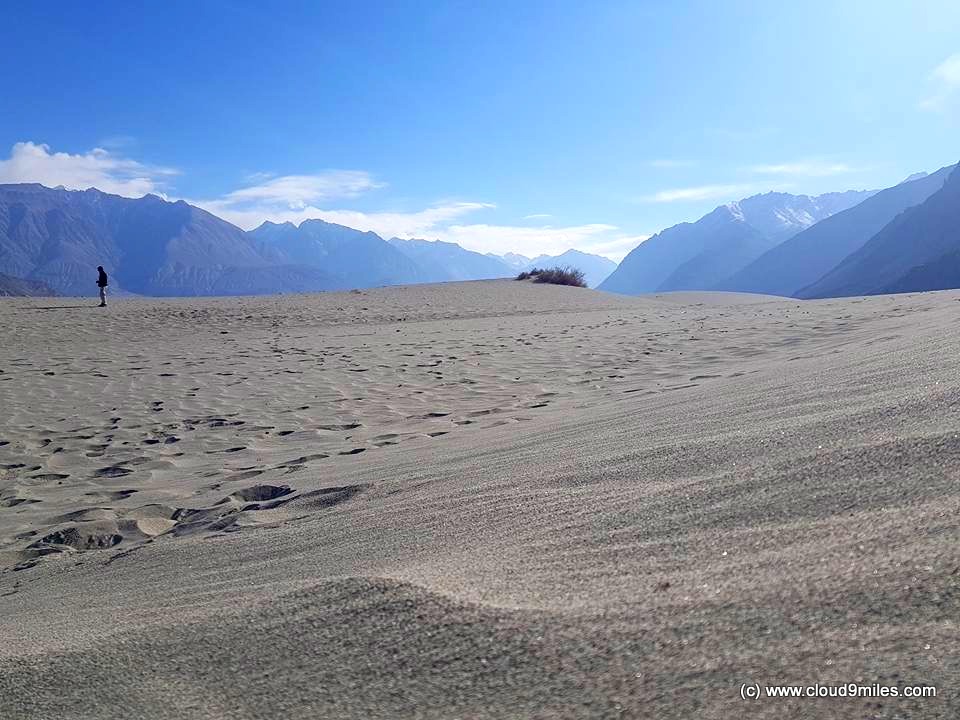 The sand dunes of Nubra

Ladakh has very short but busy summers with influx of large number of tourist. Most locals earn their yearly living from tourism and they are extremely busy during this phase. Winter is a time where one can really connect with Ladakhi people. Julley with a smile is all it takes to start a conversation. Soft spoken and polite, a smile is there to greet you no matter which part of Ladakh you travel. Kids have school holidays therefore are always on the lookout of playmates. This is an ideal time to visit remote villages of Ladakh region, connect with people, & learn their culture. Also, you get to meet very interesting and diverse variety of like-minded fellow travellers from across the world that inspires you in more ways than you can ever imagine. 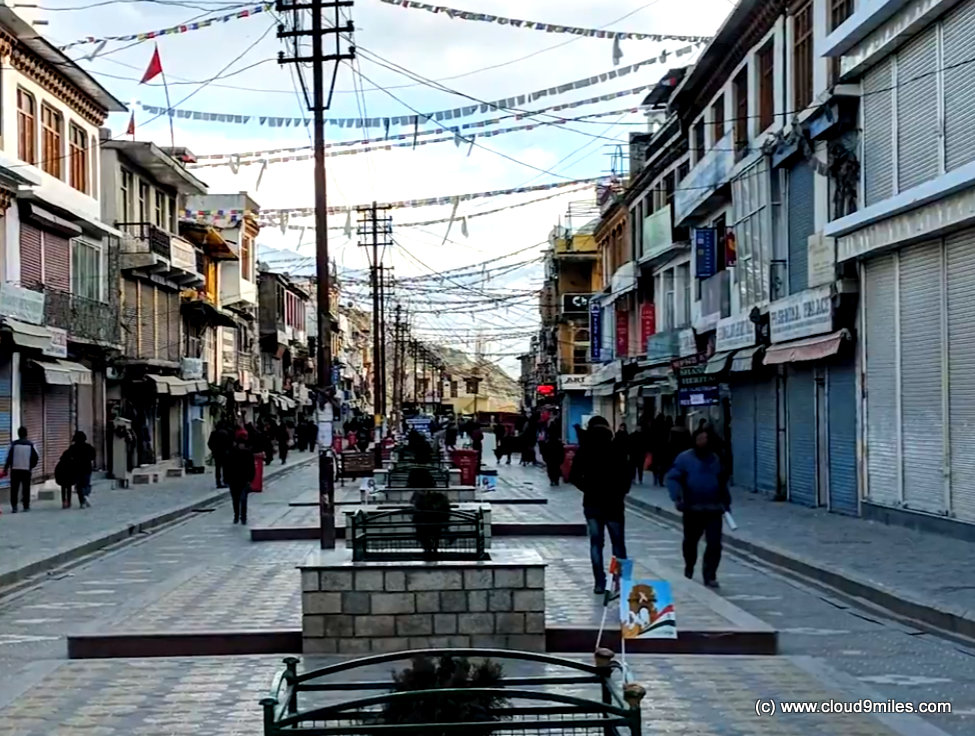 Ladakh is slowly gaining popularity for ice hockey. Skating on a crisp sheet of natural ice in the middle of the Himalayas at -15 degree Celsius, surrounded by fans amidst the backdrop of beautiful Stok Mountains is a visual treat. 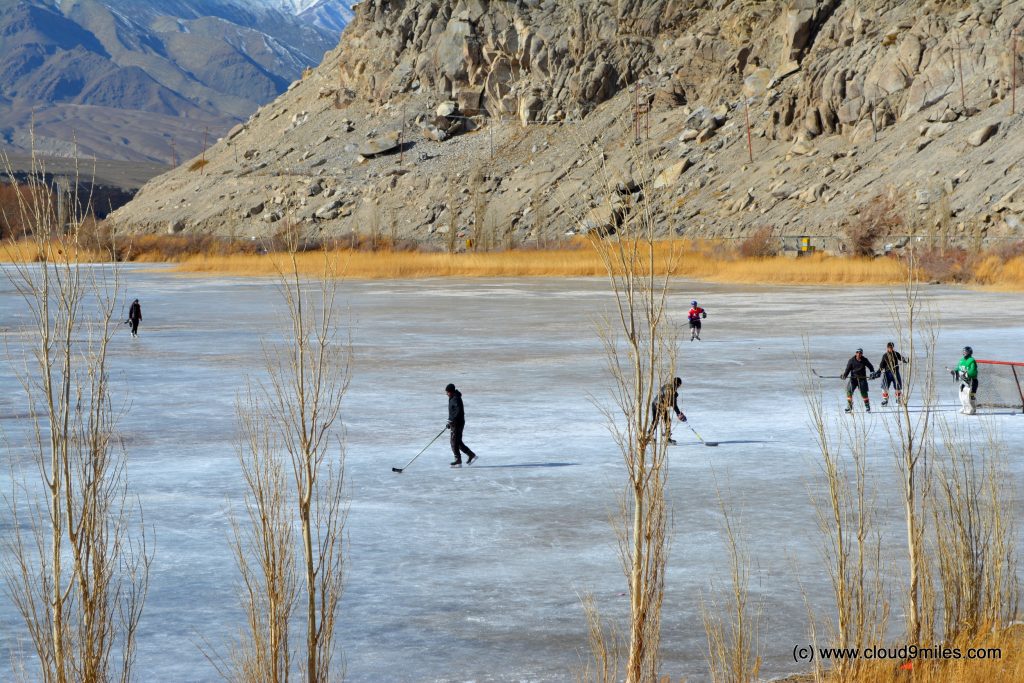 Last but not the least Chadar Trek is the most sought adventure activity in the region. Walking miles on the frozen river in harsh conditions with basic facility brings you near to yourself. Apart from Chadar trek there are other lesser known treks like trek to base camp of Stok Kangri or Sham Valley Trek. Chadar Trek was a life defining experience that will remain embedded in my heart till eternity. The frozen river, water bodies, harsh conditions, and frozen waterfall were few of the highlights of this trek. 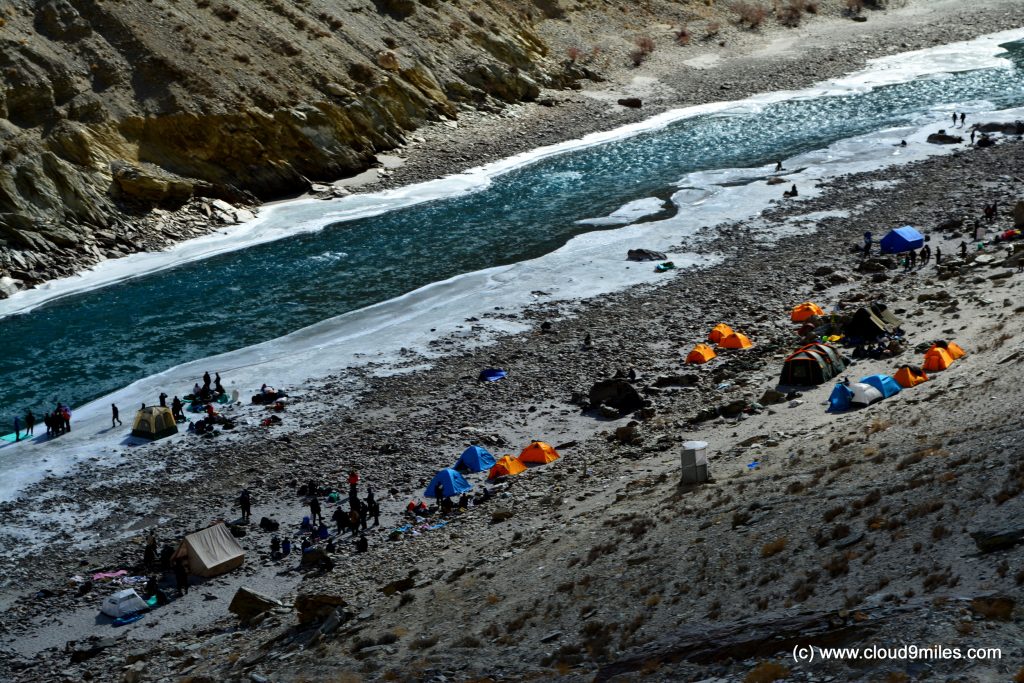 Base camp for Chadar Trek

It was a life defining and changing experience for me where I discovered the undying spirit of Ladakh. It embraced me better than before and I was overwhelmed with my entire stay. Ladakh in winter is like freezing time as surviving tough condition is a test of your mental and physical toughness. Ladakh does not have the modern amenities to counter cold but it is the time when you get to see the inner beauty of the place. I had relished every bit of the inexpressible beauty of the cold desert in its harshest condition. I cannot explain my feelings through words neither picture can do justice to what I had witnessed. My soul connected to the place and I can proudly call myself a traveller and not a tourist. Throw away all your inhibitions and just let it go. Let go the fear of cold and immerse yourself in the overwhelming beauty of panoramic landscape. 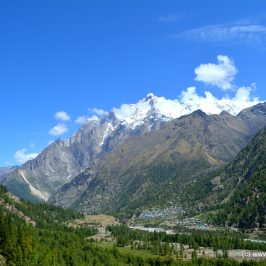 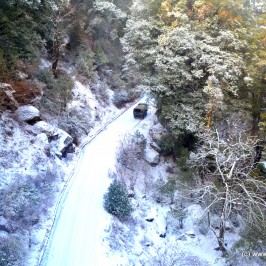 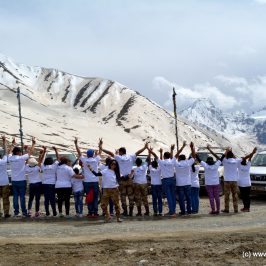 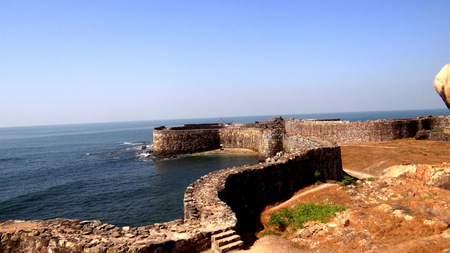 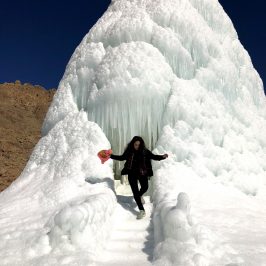