Have you ever wondered about this beautiful bird Flamingo in our own backyard? Many times we have read about them, discussed about them, and searched for them as well but never imagined they could be so near to us. The only difference was that earlier we were not very serious about viewing them. We must confess when you aspire to achieve something you get it. One fine day we spotted this small water reservoir with a flock of birds just near the Maritime Institute on Palm Beach road. We have driven through this road thousand times before but have never spotted this place. So, the decision is made and we were at the place very next day.

We went there in anticipation and were delighted by the sight of Flamingos. They were spread all over the place with some standing, some flying, some grunting, and some floating. Flamingos normally migrate to Mumbai in search of warmer climate during winters and stay here roughly for six months ranging from November to June. They love the marshy areas as it is the best place for their feeding. They mainly feed during morning and evening. This is the first time that we have seen flamingos in natural habitat and were overwhelmed by the presence of our guests. They are pinkish white in colour with long pink legs and a very long neck. The immature birds are grey in colour in the making for greater flamingo later. They have a unique bill which is downward curving and is pink in colour with a black tip.

When we reached the spot flamingos were few in numbers and slowly large flocks were coming towards the water front from the creek in tranches. While one flock has just settled only the other was ready to land and this went on till the time we stayed there. It was amazing to see the flock flying together with different patterns. While flying there thin neck was outstretched in the front and their long legs outstretched behind them. Slowly and steadily they were growing in numbers and after some time the reservoir was filled with them. A carpet of whitish pink and grey with sparkling water under the sun was a treat to watch. They started making loud and deep honking sound as well as floating in the reservoir. Again an unexpected event has filled our day with colour and vigour. But on the other side we would like to share that this place can be developed into a bird watching paradise.  They were truly a delightful guest!!!

Here is what we have captured our awesome experience!!! 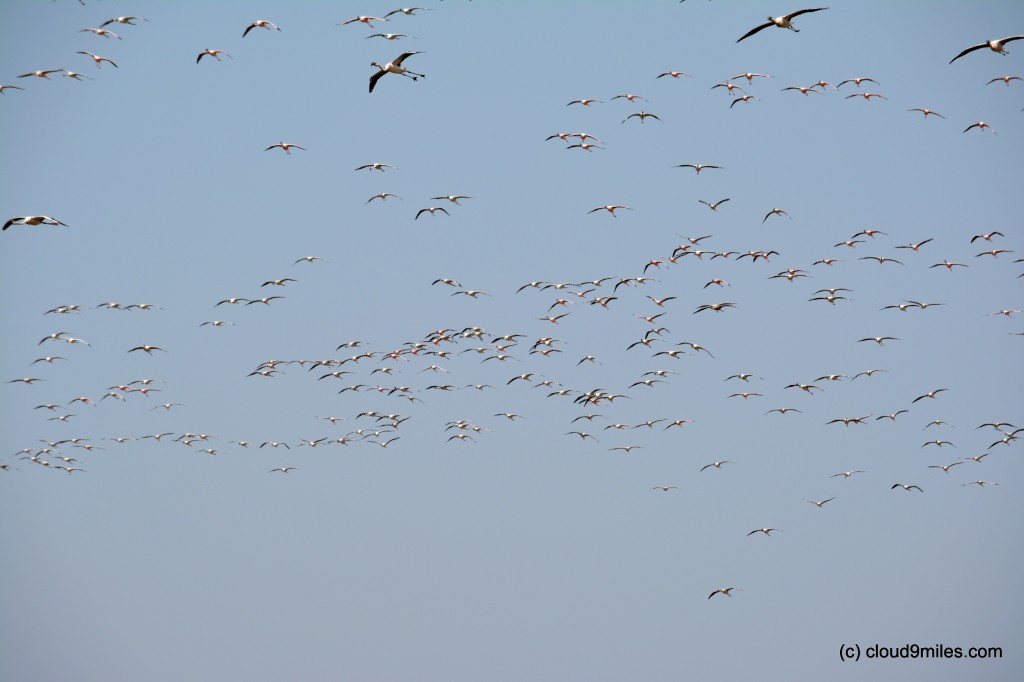 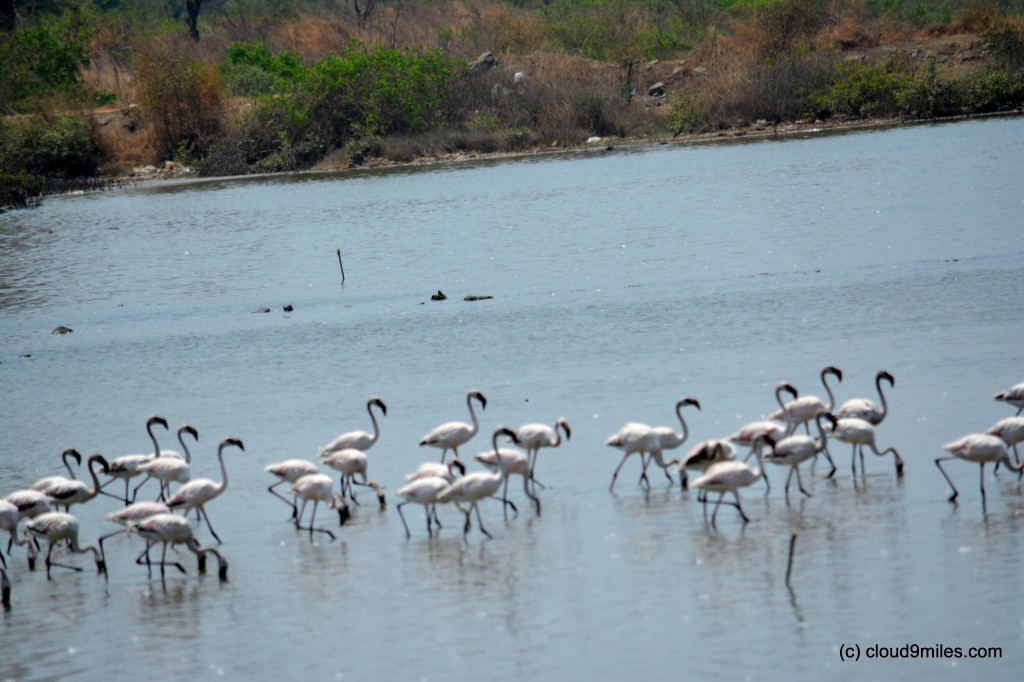