We were in Malvan a town in Sindhudurg district of the west coast in Maharashtra and wanted to taste the cuisine which is known by the name of the place i.e. “Malvani Cuisine”. Malvani cuisine is the most common type of food preparation in the Konkan region of Maharashtra and Goa. Since it is a sea shore region the cuisine is predominantly non-vegetarian, but that doesn’t mean that there are no vegetarian delicacies. We were searching for a place where we will get good authentic Malvani food and finally got the reference of a place in Devbag. We were more amazed to know that the food is cooked traditionally on a chullah and we can also see the process of cooking as well.

There is no point in giving it a second thought and we decided to visit this place for a lunch. We reached the place a bit early so that we don’t miss the cooking procedure. The surroundings of the place were quite soothing with backwaters on one side and greenery all around. They had a well, a swing, dry wood stocks, and small farm on their backyard. As we have no preferences over food so we ordered for both vegetarian and non-vegetarian food. While they were arranging for the raw material and we helped ourselves relax in the natural environment. 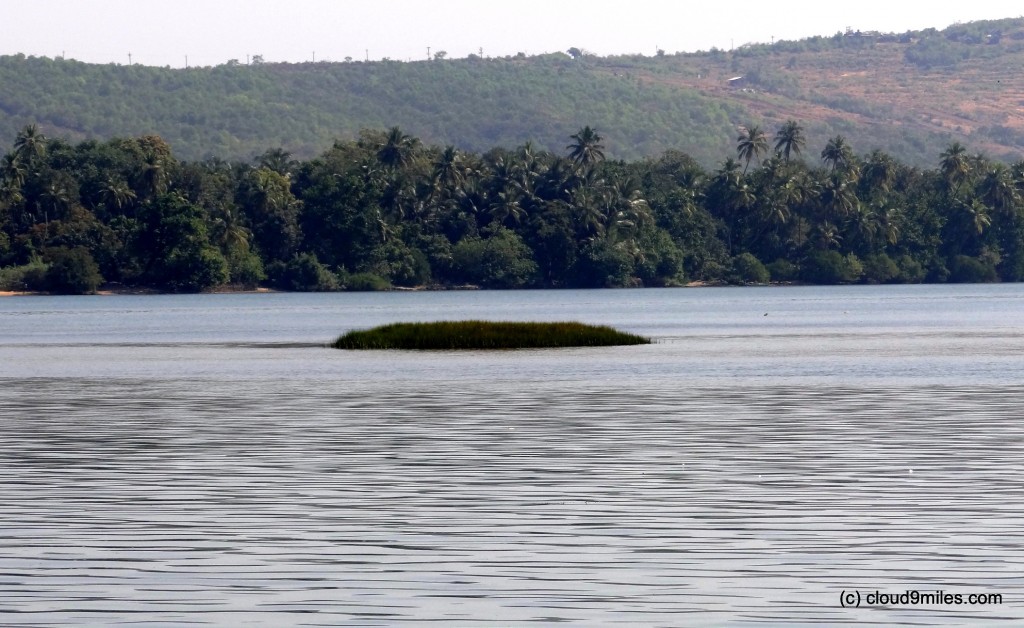 A view of the backwaters

Once they started the food preparation, we went to see the process of cooking food. They marinated chicken and fish with masala that consist dried red chillies, coriander seeds, peppercorns, cumin, cardamom, ginger, garlic, etc. They lit the chullah and put coconut and raw onion directly in the flame for frying. After frying onions were cut into pieces and coconut were grated. We tasted the fried coconut and it was amazing. We never thought about tasting coconut in this form. The smoky taste of chullah added additional flavour to it. We realized that Malvan being a coastal area have their own way of cooking food. They use coconut open heartedly in various forms in their cuisine like grated, fried, paste, milk etc. We enjoyed the whole process of cooking and it was an enriching experience. Our taste buds were eagerly waiting for the food.

We reached the dining area which was just besides the backwater and were waiting for the food. Finally, our wait was over and food was in front of us. The food was served in a special way, typically in the fashion of Konkani Style wherein dishes were served in several small bowls placed in a sequence on a plate along with chapattis (Indian bread). We started having our food and were mesmerised by its taste. We enjoyed every bit of it and ate more than our normal capacity. Every dish was perfect and up to the mark of excellence. It was as delicious as it can be and a real Malvani food. They also served us Sol Kadhi which is a pink coloured appetizer drink made from the kokam fruit and Coconut Milk, mostly drunk after hot and spicy Konkani / Malvani cuisine.

It was a memorable experience with traditionally cooked Malvani food. The soothing environment and the smoky taste of chullah had added additional flavour to the cuisine. The fiery non vegetarian curries may be a bit too spicy for some people, but are quite tasty. We must say, “When you are in Malvan eat Malvani cuisine”.