While covering the highway from Pune to Kolhapur we witnessed prominent sugarcane cultivation in the region. We crossed lots of trucks, tractors, & bullock cart loaded with sugarcanes on our way.

We stopped on a roadside restaurant for lunch and saw a Jaggery manufacturing unit just few yards away. Our thought process ran immediately and we decided to explore the Jaggery preparation. We are thankful to the owner and his workers for being humble and supportive in explaining the process of Jaggery preparation.

Jaggery is a traditional uncentrifuged sugar and is a concentrated product of date, sugarcane, or palm sap. The colour of Jaggery varies from golden brown to dark brown. It largely contains sucrose, & invert sugars. Jaggery is mixed with other ingredients, such as peanuts, condensed milk, coconut, and white sugar, to produce several locally marketed and consumed delicacies. Maharashtra is the largest producer and consumer of Jaggery in India.

Jaggery is prepared by a very simple method using simple machines and few large and small vessels. It also does not require a large space as well. The cut and cleaned sugarcane brought from fields are stored in the premises.

These canes are put into the power driven crusher (earlier it used to be done through oxen driven crushers). The extracted sugarcane juice gets directly stored in a concrete storage tank. The remaining wood pulp is scattered near the unit for drying.

After that, the juice is transferred to a large iron vessel for heating on a furnace through a motor driven machine.

The vessel is heated for about one hour and the dried wood pulp from the crushed sugarcane is used as fuel for the furnace. It’s amazing to know that every part of the cane is used in the process. During boiling process all the wood particles are cleared by skimming of the froth from the vessel.

By constant boiling the juice gets significantly reduced and gets thickened up and becomes golden in colour. It is stirred continuously and lifted with a spatula to check its thickness. If it forms many threads, it has completely thickened.

There is a person who keeps on adding fuel to the heating unit from a small opening. Now it is poured into a shallow flat bottomed concrete tank to cool and solidify. The tank is large enough to allow only a thin coat of this hot liquid to form at its bottom, so as to increase the surface area for quick evaporation and cooling.

After cooling down the jaggery becomes a soft solid which is now pressed into the desired shape for selling at the market. Before pressing the semi solid into the vessel for desired shape a cloth is put in it so that jaggery can be easily pulled out after it gets converted into solid state. The fresh aroma of jaggery was very tempting.

The quality of the jaggery is judged by its colour, brown means it is higher in impurities and golden-yellow implies it is relatively pure. The owner informed us that there are malpractices of adding colour or harmful chemicals to simulate the golden colour. Finally, we got a taste of fresh jaggery and it was pure, fresh and amazing. 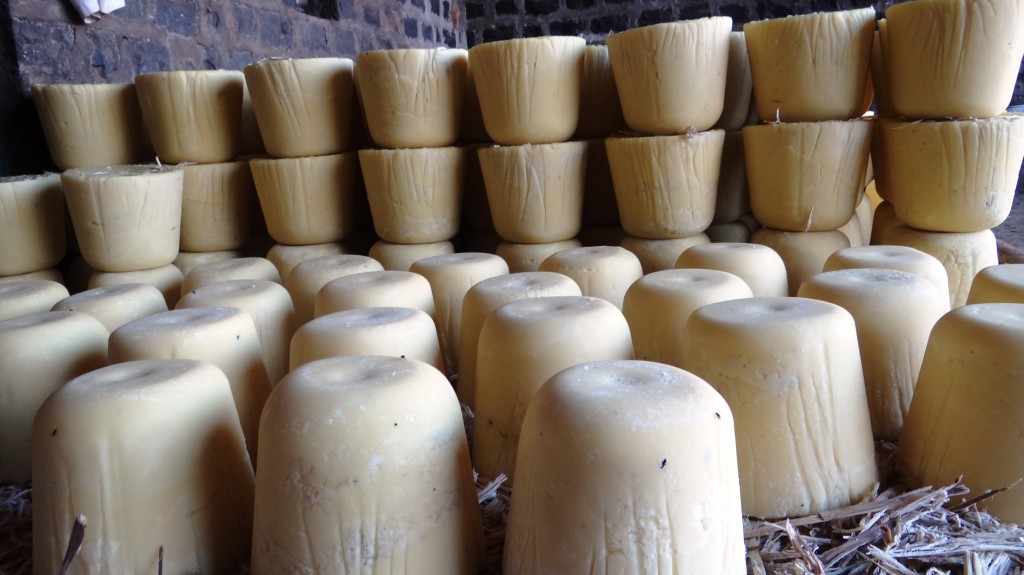 Across India, Jaggery is of religious significance to Hindus. It used during various festival and occasions as offerings to deities during worship. Jaggery is considered auspicious in many parts of India and is eaten raw before the commencement of important work or new venture. 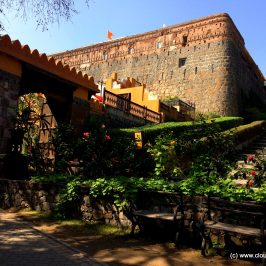 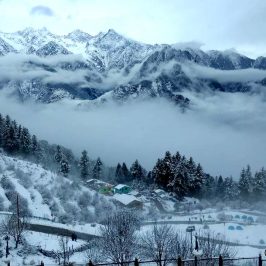 Best Travel Quotes!! We love inspirational travel quotes, they do give us ultimate thrust to... 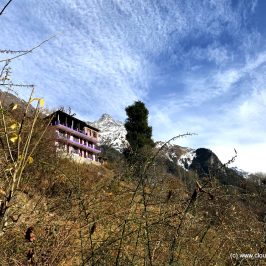 Nakhtan Village – A diverse outlook Nakthan village is the settlement on the way to...